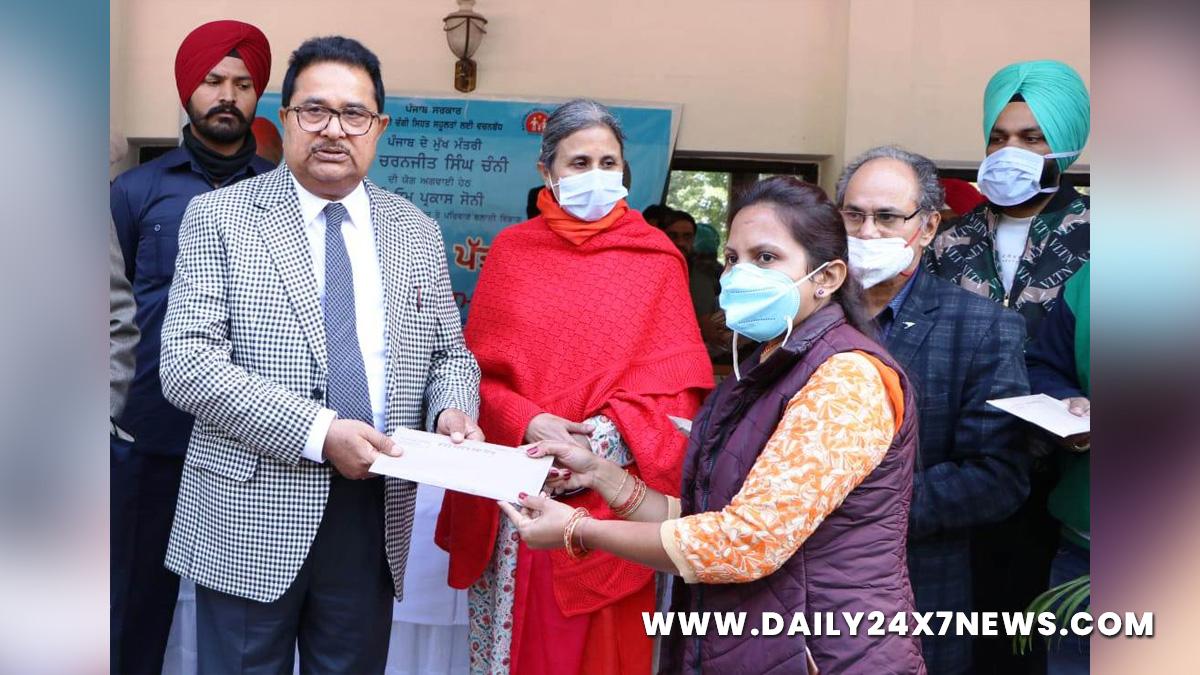 Chandigarh : Punjab Deputy Chief Minister O.P. Soni who also holds the charge of Health Minister, on Wednesday handed over appointment letters to newly recruited Multi Purpose Health Workers (Female) in the department of Health and Family Welfare at Punjab Bhawan here.Accompanied by Secretary Health Vikas Garg, Director Health and family welfare Dr. Andesh Kaur and Director Health Services Dr. O.P. Gojra, the Deputy Chief Minister informed that government had advertised 600 vacancies of MPHWs(female) and 225 candidates were given appointment letters in today’s function during the first phase, while the rest of the candidates will get their letters in coming days.While addressing new recruits, Mr Soni asserted that the selection of new appointees was done through Baba Farid University Of Health Sciences, Faridkot in fair and transparent manner. He added that “Getting an employment is unforgettable moment in one’s life and government expects that all new MPHWs will maintain the dignity of their profile and work for the wellbeing of people”

Mr Soni said “Punjab government has handled Covid-19 waves very effectively and it is all happened only due to round the clock services of health employees”. He informed that the we are enhancing our health system by recruiting large number of medical officers, staff nurses, pharmacists, MPHWs, radiographers, medical laboratory technicians, ECG technicians, OT assistants and even selection process of over 800 ward attendants is near to completion”.In an appeal to the various agitating employees of the Health department, Mr. Soni urged that government is willing to accept their legitimate demands. He said that they should return to work as the state as well as the nation is facing the threat of Omicron variant of COVID and possible third wave. “General public is at the receiving end due to their agitation,” he added.Mr. Soni also disclosed that the state government has also introduced a bill to regularise the services of 36000 employees, who have completed ten years of service.