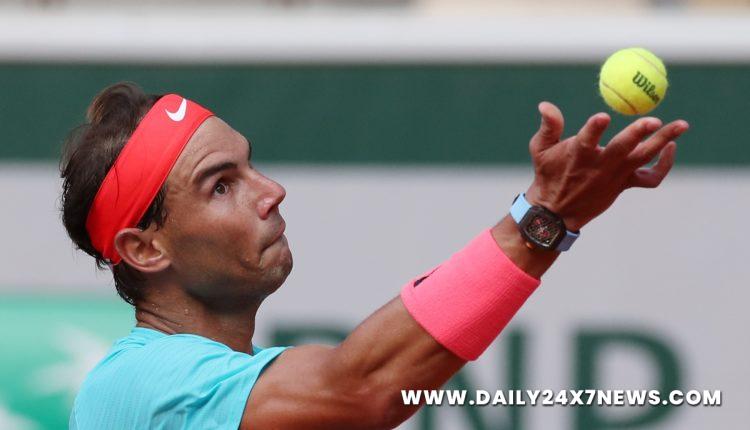 Paris : Rafael Nadal defeated Richard Gasquet 6-0, 7-5, 6-2 on his 35th birthday to reach third round of French Open here late on Thursday.The world No. 3, playing his first night match at the Roland Garros, took his head-to-head to 17-0 against Gasquet which is one of the most one-sided in Open era of tennis.The Spaniard won 84 percent on his first serve as compared 69 percent by the Frenchman. He also won seven of the 16 break-points he got.Interestingly, Gasquet hasn’t taken a set off Nadal since 2008.The 13-time French Open champion started again in a dominant way, using heavy top-spin to win the first set 6-0. He won all of his first serve points in the opening set.Though Nadal took an early break and raced to 4-1 lead in second set, the local star fought and broke back at 3-5. However, the Spanish star took the set 7-5.The third set was again one-sided with Nadal winning it 6-2 without conceding a break. He will now meet British Cameron Norrie, who recovered from a set down to take beat Lloyd Harris 4-6, 6-3, 6-3, 6-2.Earlier on Thursday, former world No.1 Roger Federer, the oldest player at 39 in men’s draw, entered the third round with a 6-2, 2-6, 7-6(4), 6-2 win over Marin Cilic of Croatia. World No.1 Novak Djokovic, too, moved into third round.Swiss Federer, who is in Djokovic’s half of the draw and could possibly meet the world No.1 in the quarter-finals, will next clash with Dominik Koepfer. The German defeated 30th seed Taylor Fritz 6-3, 6-2, 3-6, 6-4 to advance.Djokovic also won on Thursday. The Serb defeated Pablo Cuevas of Uruguay 6-3, 6-2, 6-4 to move into the third round. Djokovic hit 31 winners to clinch the match in two hours and nine minutes.

25mn doses: Who all get US vaccines and how much?