YFC Calls To Wipe Out Drugs With Collective Efforts 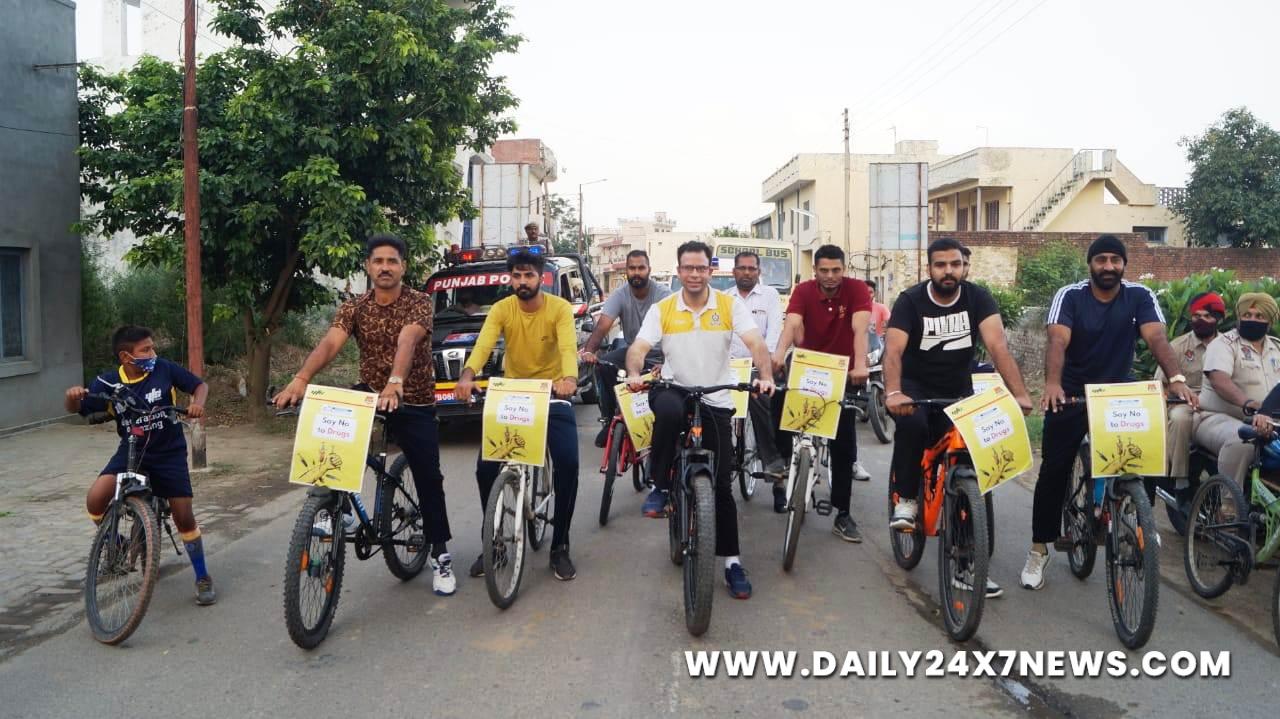 Rurka Kalan (Jalandhar) : Actively promoting sports in the region the Youth Football Club (YFC) Rurka Kalan on Saturday observed International Day against Drug abuse and illicit trafficking with a sole motive to sensitise the rural youth about the adverse effects of drugs on human life.The YFC organised an event to mark the day in association with the Punjab Police Academy (PPA) Phillaur under the leadership of IPS Officer Suhail Qasim Mir. To celebrate this day, an awareness cyclothon was organised, which was participated by over 100 youth and children. The cyclothon was flagged off by Mr. Qasim Mir at DSP Office Phillaur, which further passed through the villages namely Sant Nagar, Akalpur, Bakapur, Jajja , Muthada Khurd, Bir Bansian etc.This rally was led by Mr. Suhail Qasim Mir along with the children and youngsters. The cyclothon was greeted/ felicitated by local youth and children at various villages like Akalpur, Jajja, Bir Bansian. After the completion of rally, an event was organised at YFC Stadium Rurka Kalan, where Mir and other participants were enthusiastically welcomed by the village Sarpanch, Panchayat Members, Members of Sarv Pakhi Vikas Manch, Members of Rotary Club Rurka Kalan Eco and other personalities.

Despite rejected anticipatory bail, Majithia is…