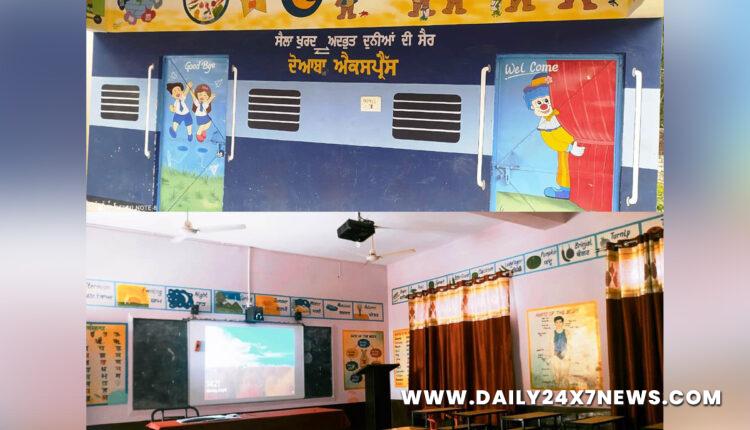 Chandigarh : As a result of the relentless efforts made by the Education Minister Vijay Inder Singla to improve the quality of education and provide better infrastructure in the government schools, about 13000 schools have been converted into smart schools so far. As a result, enrollment in government schools has been on the rise continually from last two years. During the current academic session 2021-22, the enrollment has increased more than 15% than the previous year.Disclosing this here today, a spokesperson of the school education department said that 12,976 schools have been converted into smart schools till date. Mr. Singla had launched Smart School Policy in September 2019. The main objective of this policy was to uplift the school infrastructure and to bring revolutionary changes in the education sector. Under this campaign, in less than two years, 41336 classrooms of about 13,000 schools have been converted into smart classrooms.According to the spokesperson, village panchayats, various leaders, communities, donors, school management committees, NRIs and school staff have made invaluable contribution in this drive to build smart schools. The condition of classrooms, playgrounds, education parks, science laboratories and toilets in schools has been improved. The classrooms are quite open, airy and have green / white boards.

Karnataka orders probe after 23 die due to shortage of oxygen