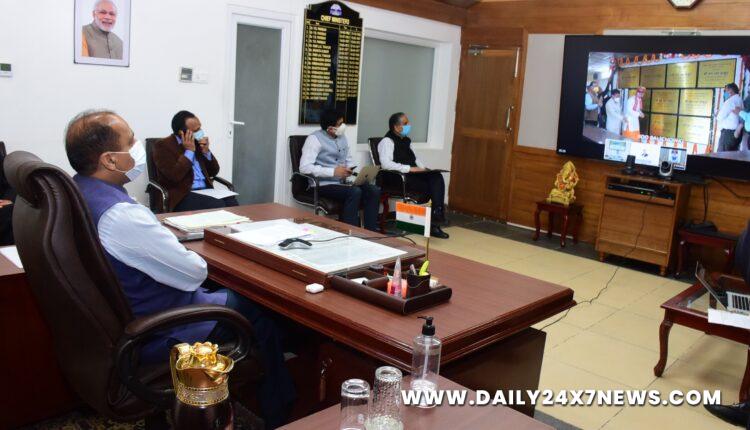 He said that the last three years have witnessed unprecedented development in the Seraj Vidhan Sabha area and all this was possible due to the benevolence and support of the people of the State. He said that Seraj Vidhan Sabha area was poised to become a model constituency in matter of development. He said that all the projects, foundation stones of that have being laid by him today would be completed within the stipulated time period. He directed the concerned officers to ensure that the work on these projects would be taken in hand soon. Jai Ram Thakur said that the processes of tenders regarding all these projects have been completed and they must be completed within a year time. He said that the forest clearance of Thachi College has been accorded from appropriate forest authority and now only the clearance from Supreme Court was required. He said that as soon the approval was accorded the work on construction of a magnificent building would be started. He said that several developmental projects were being executed in the area and would be completed soon.Chief Minister urged the people of the State to strictly follow the SoPs and guidelines issued by the State Government from time to time to check spread of the deadly Covid virus.Mandal BJP President Seraj Mandal Bhagirath Sharma while welcoming the Chief Minister detailed various developmental needs of the area. He also detailed the progress ongoing projects in the constituency. He also urged the Chief Minister for providing adequate compensation to the people for the loss of their crops due to untimely snow and hailstorm. Additional Chief Secretary J.C. Sharma was present at Shimla with the Chief Minister whereas BJP leaders of the area Sher Singh, Dole Ram and Vir Singh, Deputy Commissioner Mandi Rugved Thakur and other officers were present at Balichowki on the occasion.