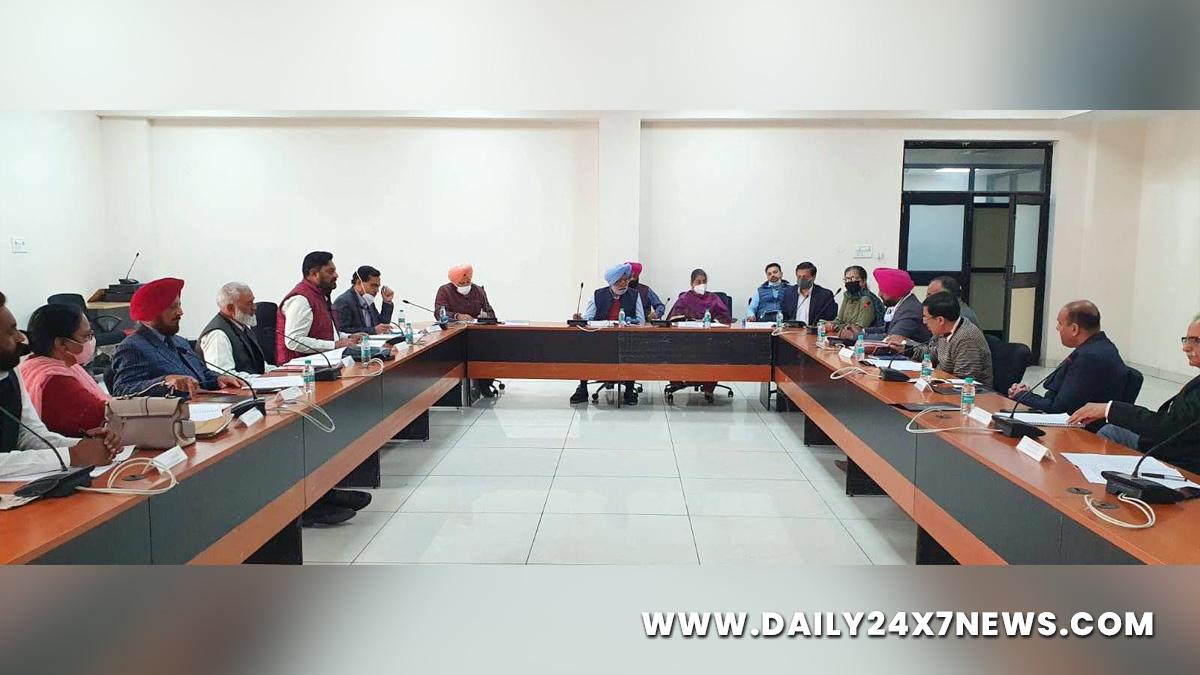 Chandigarh : Punjab Labour Minister Sangat Singh Gilzian has added three new members to the committee to address the demands of the scheduled workers.Presiding over the meeting of Punjab Minimum Wages Advisory Board Labour Minister Mr. Sangat Singh Gilzian said that the board officials should ensure that the board meetings are held on time so that the workers working in the scheduled areas could get their due on time.Mr. Gilzian directed the officials to hold more meetings of this board in the near future so that discussion on the demands received from the industrial workers working in the factories, Brick kilns, , shops and commercial establishments, agricultural laborers etc , should held and recommendations can be discussed and minimum wages can be adjusted in accordance with the law.

Mr. Gilzian also inducted three new members in the pre-constituted committee of the labour department one member each from the economic advisor or his representative, the owners of the private industry and the labour unions.In this meeting apart from the officials of Labour Department, representatives of other departments and NGOs also reviewed the minimum wage fixed by the government.It is pertinent to mention here that under Section-3 (1) (b) of the Minimum Wages Act, 1948, the competent authority is empowered to fix the minimum wages to be paid to the workers working in various Scheduled Employment.