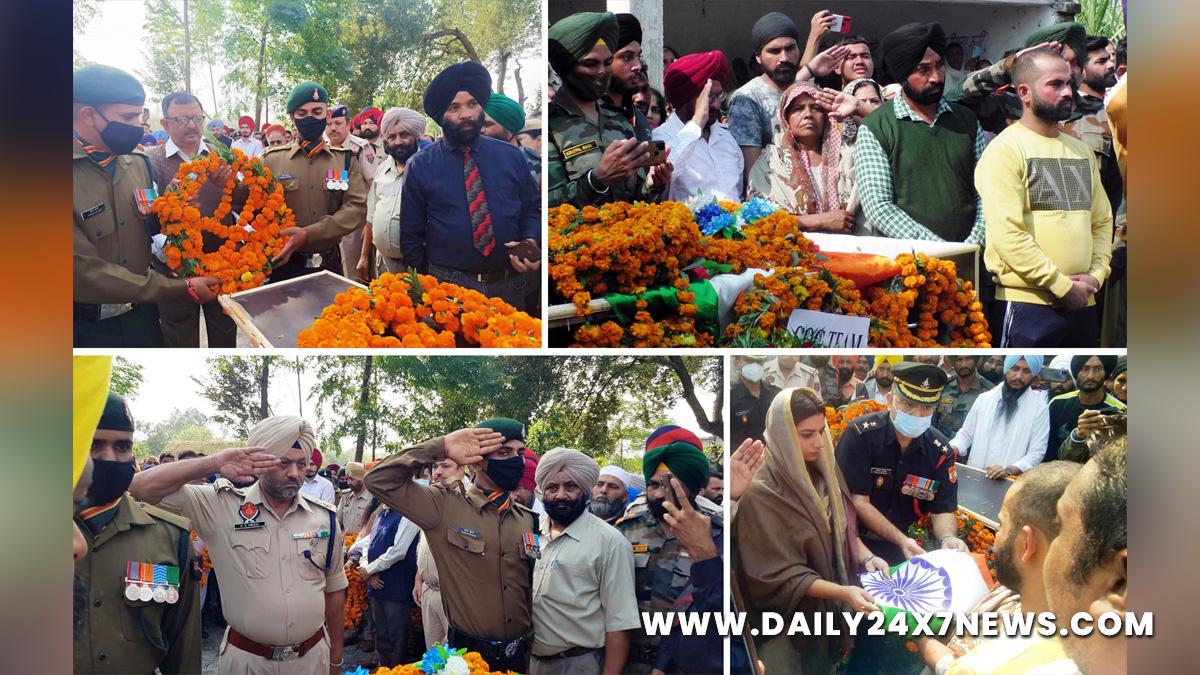 Khera Kotli (Dasuya) : Sepoy Manjit Singh, who laid down his life in service of the nation in Naushera sector of Jammu and Kashmir, was cremated here with full military honours at his native village. The martyr was unmarried and is survived by his parents, four sisters and one brother.Hundreds of people from different walks of life thronged to the cremation ground of the village to pay their last respect to the martyr, who made supreme sacrifice in line of duty. Avtar Singh, brother of the soldier, lit the pyre. A military contingent presented a guard of honour to the martyr.A pall of gloom descended on village Kotli Khera as the mortal remains were brought to the village around 10:30 am, where the coffin was taken to the home of the brave soldier.

Pertinently, the soldier along with other army personnel was on domination patrol in Naushera Sector in Rajouri district on October 30, when a mine blast occurred, wherein, two Indian Army soldiers suffered critical injuries and later succumbed to their injuries.Extending sympathies with the bereaved family, Dasuya MLA Arun Dogra said the sacrifice of the martyr in service to the nation would always be remembered. MLA Arun Dogra, Deputy Commissioner Apneet Riyait, SSP Kulwant Singh Heer, District Defence Services Welfare Officer Col. Dalwinder Singh and other officers of defence and police department laid wreath to pay tributes to the martyr.Notably, Chief Minister Charanjit Singh Channi has announced ex-gratia grant of Rs. 50 lakh and a government job to one member of the bereaved family of Sepoy Manjit Singh.

Flop show of BJP reflects that Punjabis have rejected BJP and its divisive agenda :…