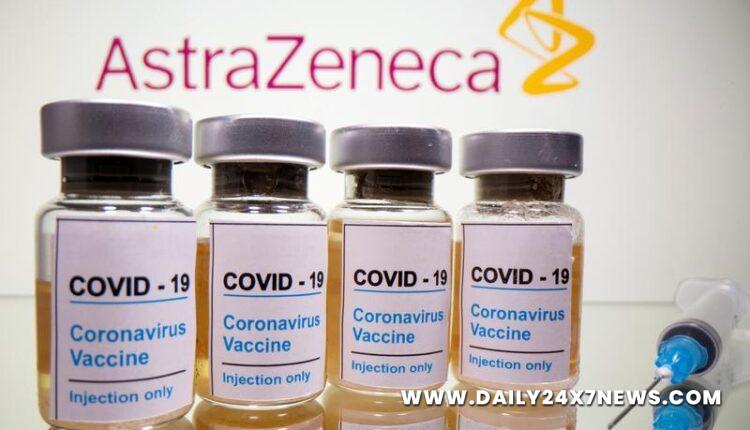 London : British drugmaker AstraZeneca on Wednesday said its drug Tagrisso has been approved in China for treatment of some patients with early stage lung cancer.China’s National Medical Products Administration (NMPA) approved the drug as an adjuvant therapy for early-stage lung cancer patients with a mutation of the EGFR gene, AstraZeneca said.The approval was based on positive results from a Phase 3 trial, the company said, adding that Tagrisso is the only targeted medicine to show efficacy in the treatment of early-stage lung cancer in a global trial and the first such medicine approved in China.More than a third of the world’s lung cancer patients are in China and among those with non-small cell lung cancer (NSCLC), approximately 40 per cent have tumours with an EGFR mutation.”The expedited approval of Tagrisso in China as part of a curative-intent regimen for early-stage EGFR-mutated lung cancer underscores the high unmet need in this setting and our commitment to improving outcomes in a country with one of the highest rates of EGFR mutations in the world,” Dave Fredrickson, Executive Vice President, Oncology Business Unit, AstraZeneca, said in a statement.”This approval reinforces the importance of EGFR testing across all stages of lung cancer, prior to treatment decisions, to ensure as many patients as possible can benefit from targeted therapies like Tagrisso and live cancer-free longer.”While up to 30 per cent of all patients with NSCLC may be diagnosed early enough to have surgery with curative intent, recurrence is still common in early-stage disease.Tagrisso is approved to treat early-stage lung cancer in more than a dozen countries, including the US, and additional global regulatory reviews are ongoing, AstraZeneca said.Lung cancer is the leading cause of cancer death among both men and women, accounting for about one-fifth of all cancer deaths. Lung cancer is broadly split into NSCLC and small cell lung cancer, with 80-85 per cent classified as NSCLC.