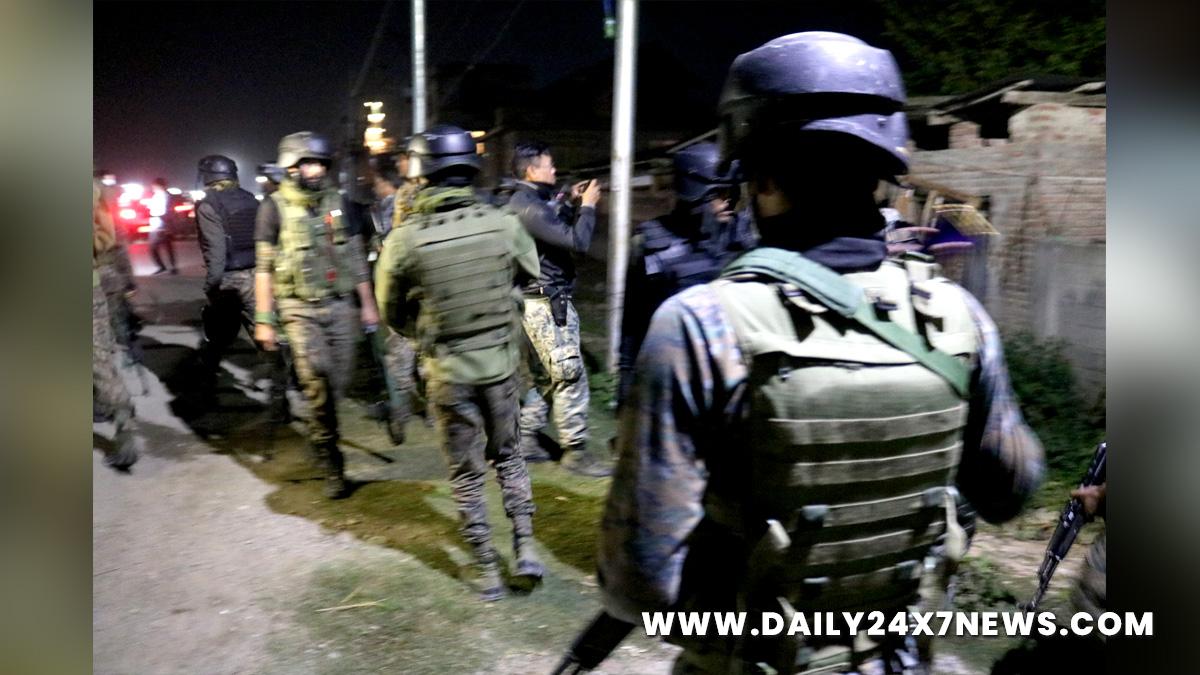 Pampore (Pulwama) : Top LeT commander responsible for the killing of two policemen has been eliminated in an encounter between terrorists and security forces at Drangbal area of Pampore in South Kashmir’s Pulwama district on Saturday, officials said.”LeT terrorist Umar Mustaq Khandey who martyred our 2 colleagues SgCT Mohammad Yousf and Ct Suhail Ah in Baghat, Srinagar while they were having tea, neutralised in Drangbal, Pampore. Amongst various other crimes of the terrorists, this stands out as most unforgivable,” police said.”We are committed to hunt down these terrorists who try to create fear among masses and spread mischief and tumult in the valley. Such elements and their name should be excised from society.”