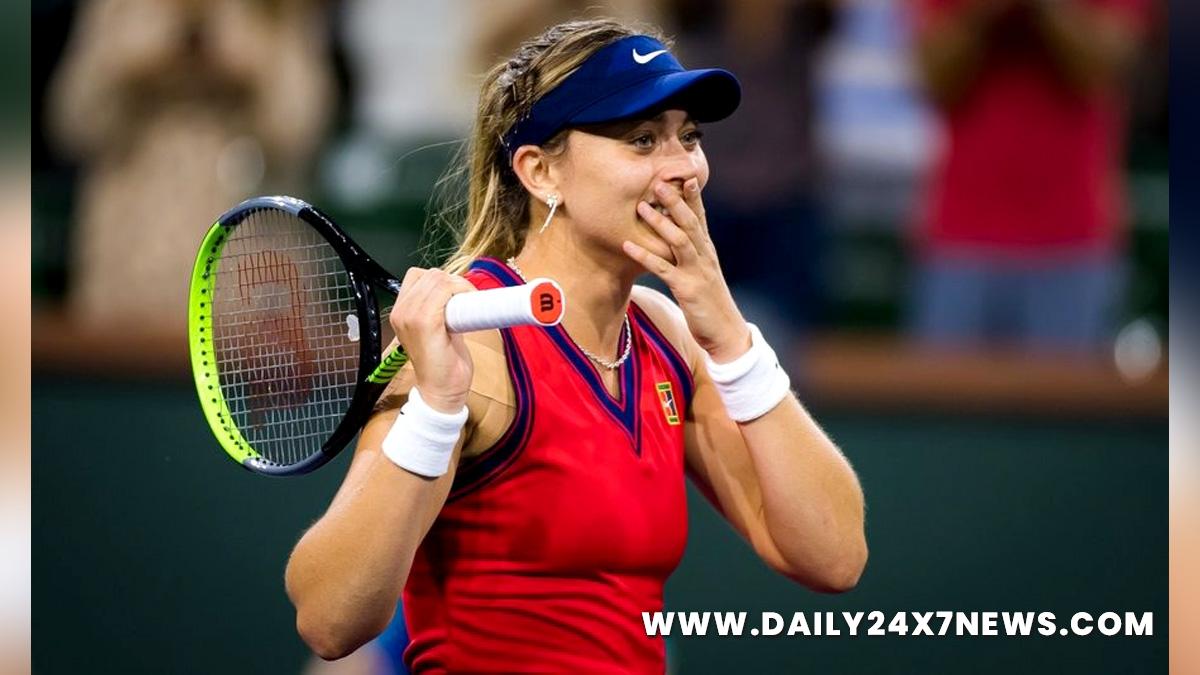 Indian Wells (USA) : Spain’s Paula Badosa continued her dream run in the WTA event at the BNP Paribas Open here as she defeated Ons Jabeur of Tunisia to set up a clash in the final with Victoria Azarenka of Belarus.Paula ended the winning spree of Ons, who is set to become the first Arab woman to reach the top 10 when the WTA rankings are released on Monday, defeating her in straight sets, 6-3, 6-3 in the semi-finals.The World No.27 will face two-time champion and former No.1 Azarenka for the first time for the title. Having already scored wins over Barbora Krejcikova and Angelique Kerber this week, Paula is looking to beat a third major champion en route to a second WTA title, according to a report on the WTA tour website.Paula is the first Spanish woman to make the Indian Wells final since Conchita Martinez finished runner-up in 1996 and 1992, and she has done so in her main draw debut. Seeded No.21, the 23-year-old Spaniard has lost just one set en route to her second final of the season, scoring wins over Dayana Yastremska, Coco Gauff, Barbora Krejcikova, Angelique Kerber, and Ons Jabeur.

She and Ons had split their two prior meetings, both on hard courts, with the Tunisian winning their most recent encounter in three sets at the Miami Open this year.Ons fired 24 winners to 35 unforced errors, while Paula played a more contained match, hitting 15 winners to 22 unforced (7 ot those errors came off double-faults). Ultimately, the match came down to breakpoint conversion. Ons had break point chances in four games but broke just once. Paula had breakpoints in six games and broke four times.Paula opened the match with an immediate break of serve and consolidated for a 2-0 lead. Ons successfully closed the deficit with the prolific use of drop shots to shorten rallies and disrupt Badosa’s baseline rhythm, but Badosa’s steadiness and patience ultimately won the day. The Spaniard reeled off the final three games of the opening set to move within a set of her first hardcourt final.In the other semi-final, Victoria Azarenka pulled off a stirring comeback victory on Friday night, as the former World No.1 from Belarus defeated Jelena Ostapenko of Latvia, 3-6, 6-3, 7-5.No.27 seed Victoria, who won the title in Indian Wells in 2012 and 2016, charged back from a set and a break down to claim a hard-fought 2-hour and 20-minute win over No.24 seed Ostapenko.