DDC Shopian listens to grievances of people at Keller 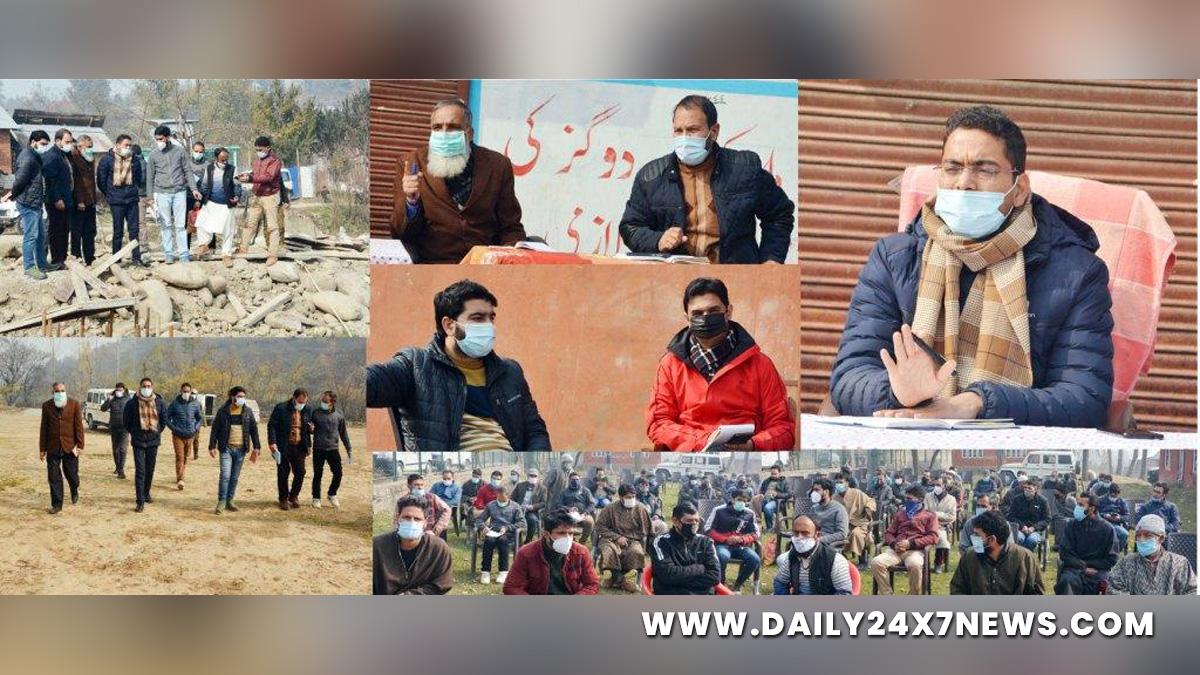 Shopian : The District Development Commissioner (DDC) Shopian, Sachin Kumar Vaishya today listened to public issues during the weekly Block Diwas programme held at Block Keller of the district.The people in large numbers interacted with the officers and officials of different departments and apprised them of the issues and demands of their respective areas.During the programme, people sought augmentation of water and power supply, Medicare facility, road connectivity, healthcare facilities, replacement of damaged electric poles and various specific issues. They demanded adequate staff in Sub-District Hospital, Keller, play- field and various other issues in day to day life.Responding to the demands, the DDC assured the public that all their genuine issues would be addressed in a time bound manner.

He directed the officers to work in coordination so that equitable development of all Panchayats is ensured in the district.The concerned officers also addressed the public and assured of redressing the same at an earliest.Later, the DDC inspected the under construction work of Indoor Stadium Zampathri Keller coming up at an estimated cost of Rs.98 lakh through R&B and play-field at Padibal Vishroo Mashwara.The DDC on the occasion directed the concerned executing agencies to speed up their developmental activities to complete the works within a stipulated time frame and emphasized them for activating their developmental activities to facilitate the general masses of the district. Joint Director Planning, Khursheed Ahmed Khatana, Assistant Commissioner Development, Hilal Ahmed Jeri, Tehsildar Keller, BDO Keller, Executive Engineers of different departments, besides district and sectoral officers were also present.

Australian Open: Shapovalov gets past No. 3…

‘Ripupbury’ will be horror-comedy set…