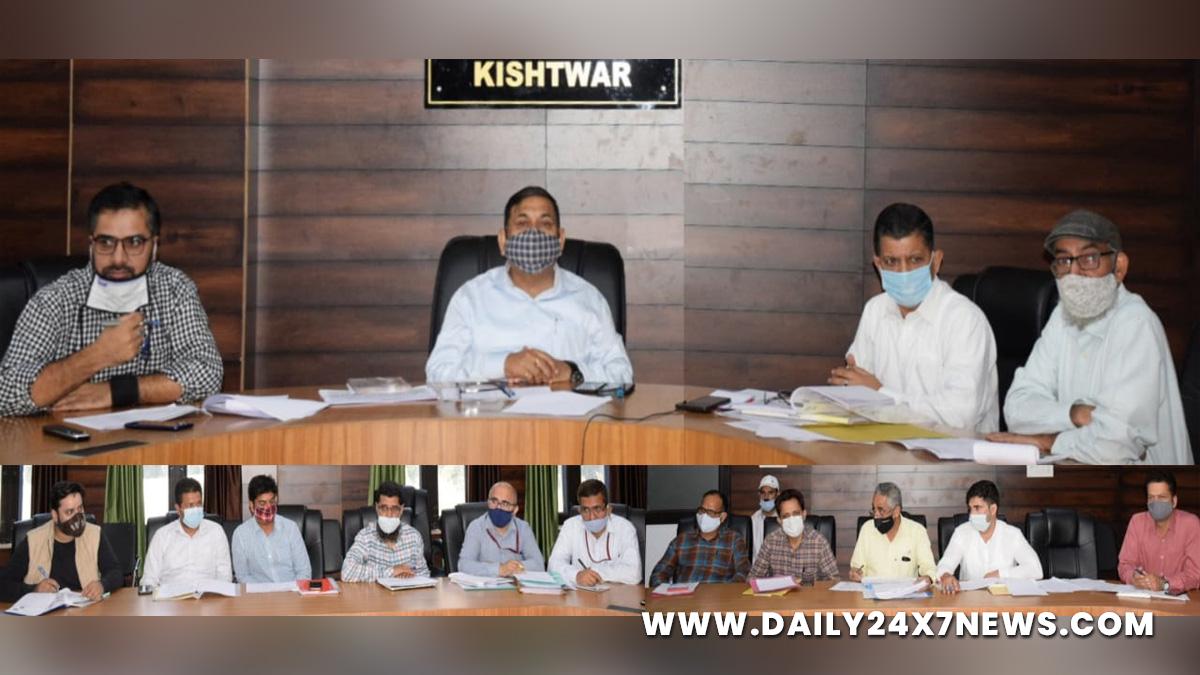 The physical and financial status of all the works under the said schemes were reviewed in depth.It was informed that 21,25 projects have been completed under PMDP-R,DDUGJY and 31 under RGGVY-II.The DDC asked for the replacement of the wooden poles to facilitate smooth supply of power during ensuing winters.Besides, various issues/bottlenecks related to 132 KV NHPC line -the lifeline for the twin districts of Doda and Kishtwar were resolved. The creation of an additional sub division in Paddar and Dachhan for smooth power distribution was also discussed threadbare in the meeting