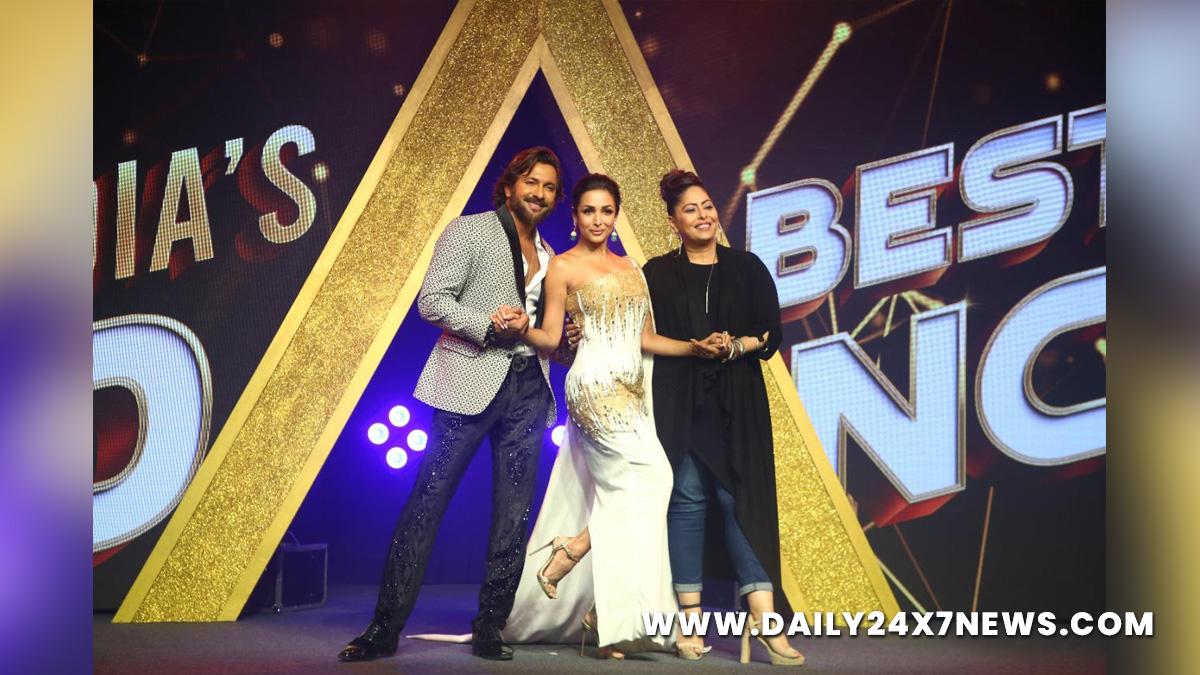 Mumbai : Television’s ‘Dancing Trio’ — Malaika Arora, Terence Lewis and Geeta Kapur — are back with a new season of the reality show ‘India’s Best Dancer’.Oozing energy, the judges took the centrestage here on Friday evening and announced the second season, and also highlighted some of the elements of the forthcoming season.Choreographer and dancer Geeta Kapur said the show would have elements of entertainment infused in the format. She said: “This time around there is a little ‘tadka’ of entertainment with a lot of other stuff, but first, we will get to see great dancers.

“Terence Lewis stated that the first season, on air last year, was a little raw. In upcoming season, the dancers will showcase their skills with technique and finesse. He said: “Most importantly, earlier it would seem as if the dancers were really working hard, but when they dance with technique, they perform with a lot of ease, it looks effortless, so it’s fun to watch and that is the kind of dancing people will see on the show.”The second season of the show, hosted by Maniesh Paul, comes with the tagline ‘Best Ka Next’.’India’s Best Dancer 2′ will air on Sony TV.

Abhilash Thapliyal talks about his role in web series ‘Faadu’