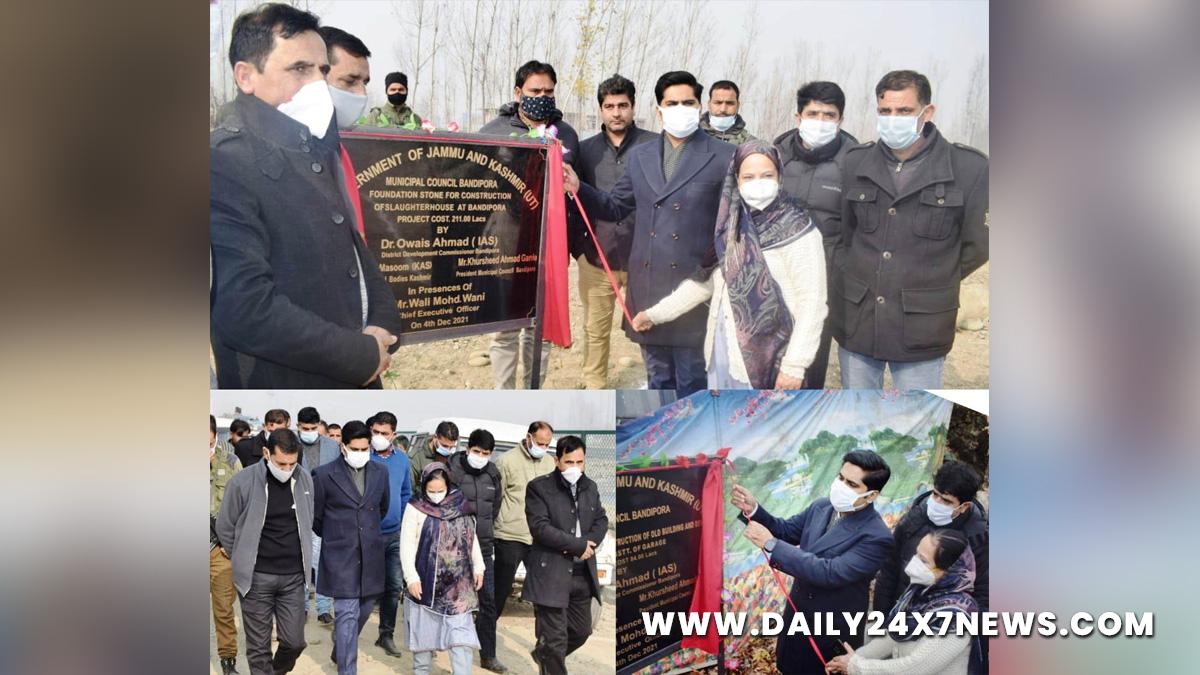 Later Masoom attended an awareness workshop organised at Town Hall Bandipora. The aim of the workshop was to aware people about various schemes kept available for the common masses by the department. She urged people to take full benefits of such schemes so that their livelihood is made worthwhile.She also urged the people to help and coordinate with the district administration to keep the path of development for Bandipora clean. She advised the people to keep their surroundings clean so that diseases are kept a bay from society. While speaking on the occasion, the DC said that the district Administration is committed for the overall development of the district. He said several developmental projects have been taken up for the development of urban areas including construction of lanes and drains, augmentation of existing power supply system, augmentation of healthcare, cleanliness, solid waste management and augmentation of town drainage .He said that the administration has already completed various welfare and development projects in the district while most of the projects are complete and few are near completion. He also said that the administration is ready to deal with the challenges posed by the winter.