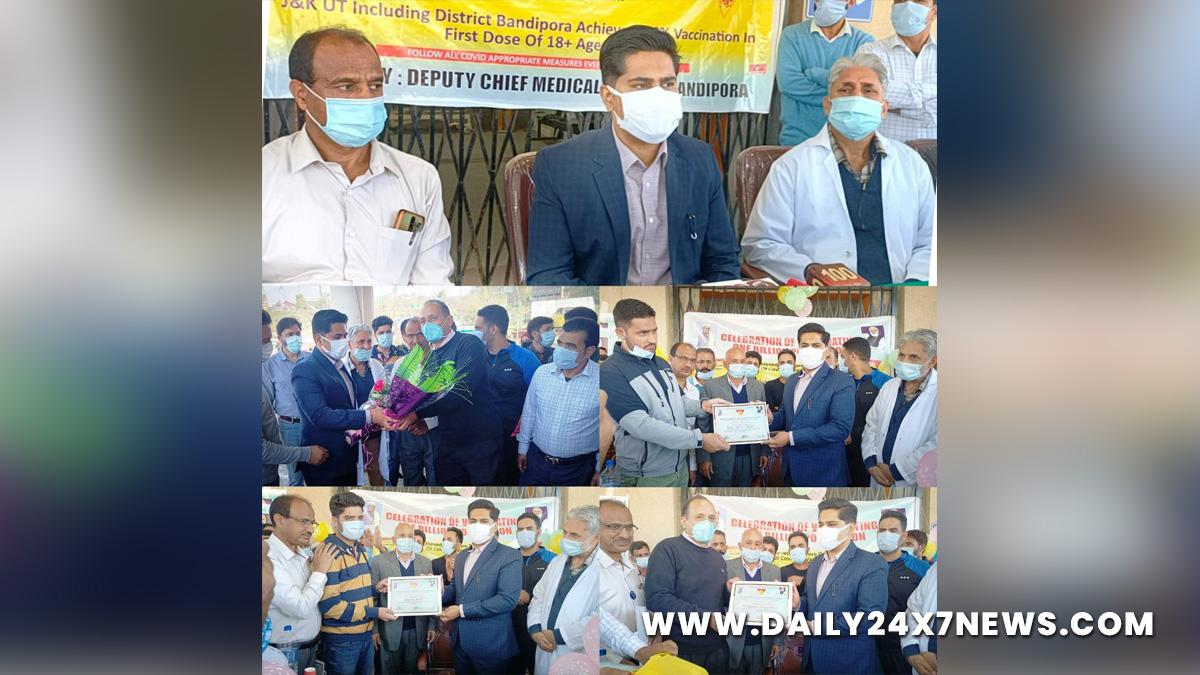 Bandipora : Deputy Commissioner Bandipora Dr Owais Ahmad on Thursday participated in a function organised to celebrate Vaccination of one billion population of the country.The function was organized by Chief Medical officer Bandipora at District Hospital Bandipora. Chief medical Officer Dr Bashir Ahmad, Medical Superintendent Dr. Mustaq Ahmad and other senior officials were present on the occasion.DC Bandipora congratulates the people and the covid warriors in achieving the milestone of 100 percent vaccination of first dose to 18 plus aged population.While appreciating the efforts of the covid warriors, Dr Owais said the healthcare worker, officials of Rural Development Department, Urban local Bodies and education department works tirelessly in a coordinated manner to fight the pandemic.

Dr Owais appealed to the left out people to get vaccinated as soon as possible to achieve the 100 percent target. He said the vaccinating teams are visiting every nook and corner of the district to ensure no eligible person is left behind.He also distributed appreciation certificates among healthcare workers.Similar function was held in Gurez where SDM Gurez and Tehsildar Gurez visited the Sub District Hospital and met the healthcare workers to say thank you to them on behalf of the public for putting their efforts to fight the pandemic.SDM Sumbal also held a function at Sumbal while similar functions were also held at Tehsil Level.