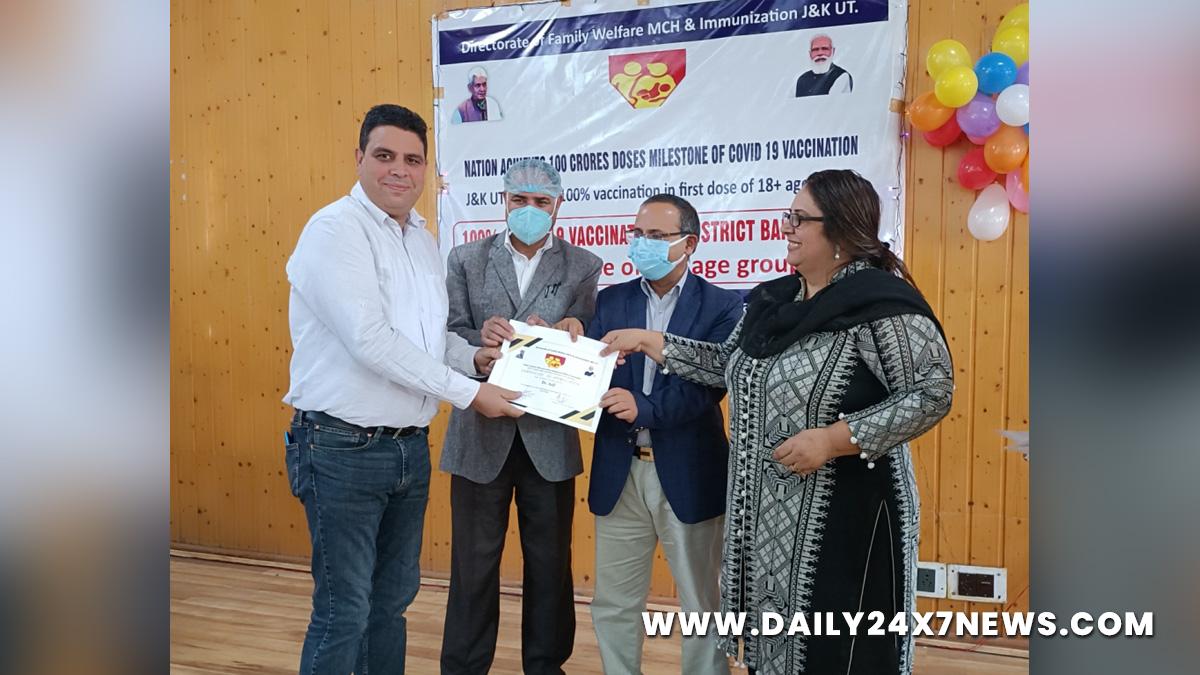 Baramulla : MDistrict Baramulla today achieved hundred percent Covid19 vaccination of first dose in the above 18 age group. On this achievement, a grand function cum felicitation ceremony was held at Dak Bungalow under the chairmanship of Additional District Development Commissioner Baramulla Aijaz Abdullah Saraf where the grand role of frontline healthcare workers of the district was felicitated for achieving this feat in Covid19 vaccination.Speaking on the achievement, ADDC Baramulla said that the sufficient availability of vaccine doses, strong efforts from the administration along with the health and other line departments is the reason behind achieving this milestone. He also said that besides the efforts from district administration, the public cooperation have been an important thing for this achievement.

On this achievement, CMO Baramulla informed that a total of 764541 people were covered in this nationwide campaign of above 18 age group & health department teams zealously participated in it & vaccinating people in the far-flung areas that included hilly and mountainous regions, schools and colleges besides making door to door vaccinations.Pertinently, the Deputy Commissioner Baramulla Bhupinder Kumar who has been personally monitoring the progress on a real time basis complimented the general public of Baramulla for their cooperation and appealed to them to participate in vaccination drives with the same energy in future also. He also appreciated the senior officers of Health, Civil and Police administration besides frontline health workers, Media, PRI and ULB members and other stakeholders for mobilizing and vaccinating such a huge chunk of population.