No end to agitation till repeal gets Constitutional validity: SKM 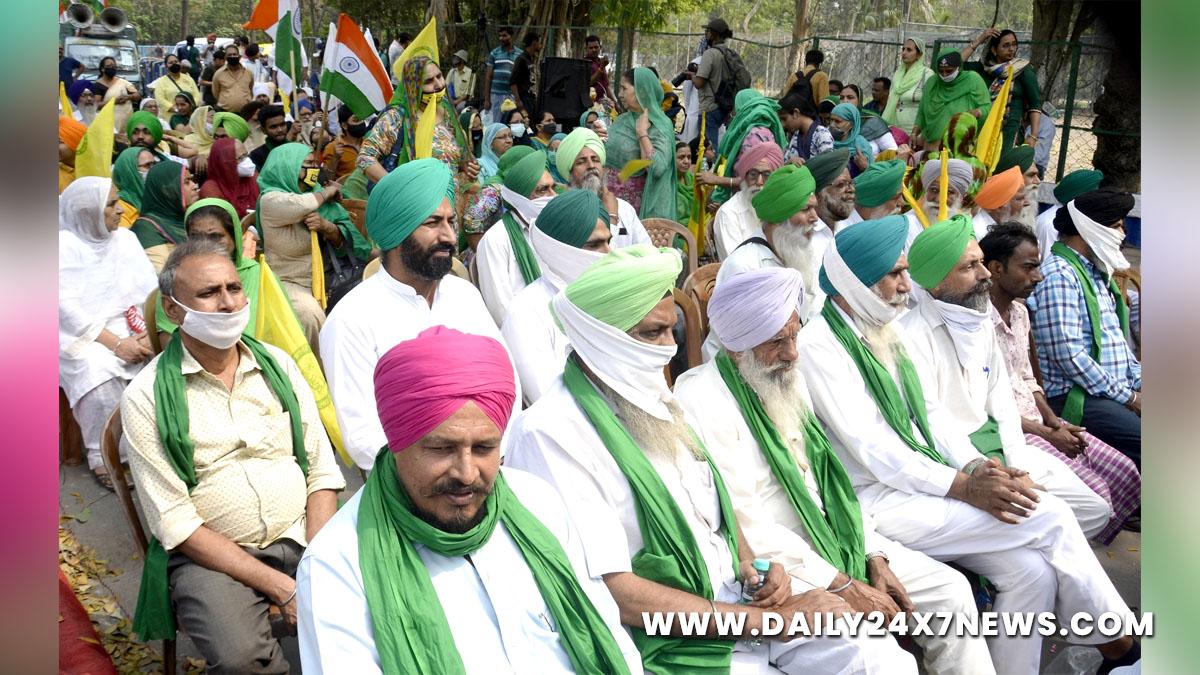 New Delhi : Hours after Prime Minister Narendra Modi on Friday announced to repeal the three contentious farm laws, the protesting farmers’ consortium declared that their agitation would end only after the laws are repealed in a Constitutional manner in the Parliament, and the government assures legal backing for MSP.A nine-member committee of the Samyukt Kisan Morcha (SKM), the consortium of protesting farmers’ bodies, will be meeting on Saturday, and it is likely to put forth four main demands.The meeting will also decide whether the SKM will go ahead with the originally announced ‘March Towards Delhi’ programme on November 26.”Today’s announcement to repeal the three anti-farmer, anti-people and pro-corporate black laws is welcome, and a historic first victory for the farmers of India. Our demands would include paying tributes to the martyr farmers in the Parliament, legal validity and assurance for MSP, the Minimum Support Price, withdrawal of cases lodged against the agitating farmers across the country and compensation to the families of the farmers martyred during the agitation,” the farmer leaders on the Ghazipur border said amid celebrations.

Coinciding with the auspicious occasion of Guru Nanak Jayanti, Prime Minister Narendra Modi on Friday morning announced to repeal the three contentious farm laws passed by the Parliament last year and said the constitutional process to repeal the laws would be taken up in the Winter Session of the Parliament starting November 29. He also appealed to the agitating farmers to end the protests and return to their homes.Modi also announced to form a committee comprising representatives of the Centre, state governments, farmers, agriculture scientists and agriculture economists to discuss how Minimum Support Price (MSP) can be made more effective, how zero budget farming can be promoted and how crop patterns can be changed in a scientific manner.Hundreds of farmers have been protesting and camping at Delhi’s entry points on all sides, with the Singhu border in north Delhi and the Ghazipur border in east Delhi being the focus points.While the Singhu border camp has been the headquarter of the SKM, Rakesh Tikait of the Bharatiya Kisan Union (BKU) set up his camp on the Ghazipur border.Tikait, who was in Maharashtra’s Palghar on Friday, told mediapersons, “The PM has declared to repeal the three farm laws. But these need to be repealed in the Parliament, only then we will end our protest.”

Earlier in the day, calling it a historic victory for the farmers who struggled “resolutely, unitedly, continuously and peacefully for one year so far in the historic farmers’ struggle”, the SKM had termed Modi’s announcement as a welcome step in the right direction.”The farmers’ struggle has led to a reinstatement of democracy and the federal polity in India. Several important demands are pending. Sacrifice of more than 675 farmers in this movement will not be allowed to go waste,” a statement from SKM said.The SKM said that it hopes that “the government of India, which has experienced a major climbdown in this repeal-related announcement, will not allow the announcement to go waste, and will go the full length to fulfil all the legitimate demands of the protesting farmers, including statutory legislation to guarantee a remunerative MSP”.

Couldn’t have asked for a better debut, says Harshal after his match-winning performance