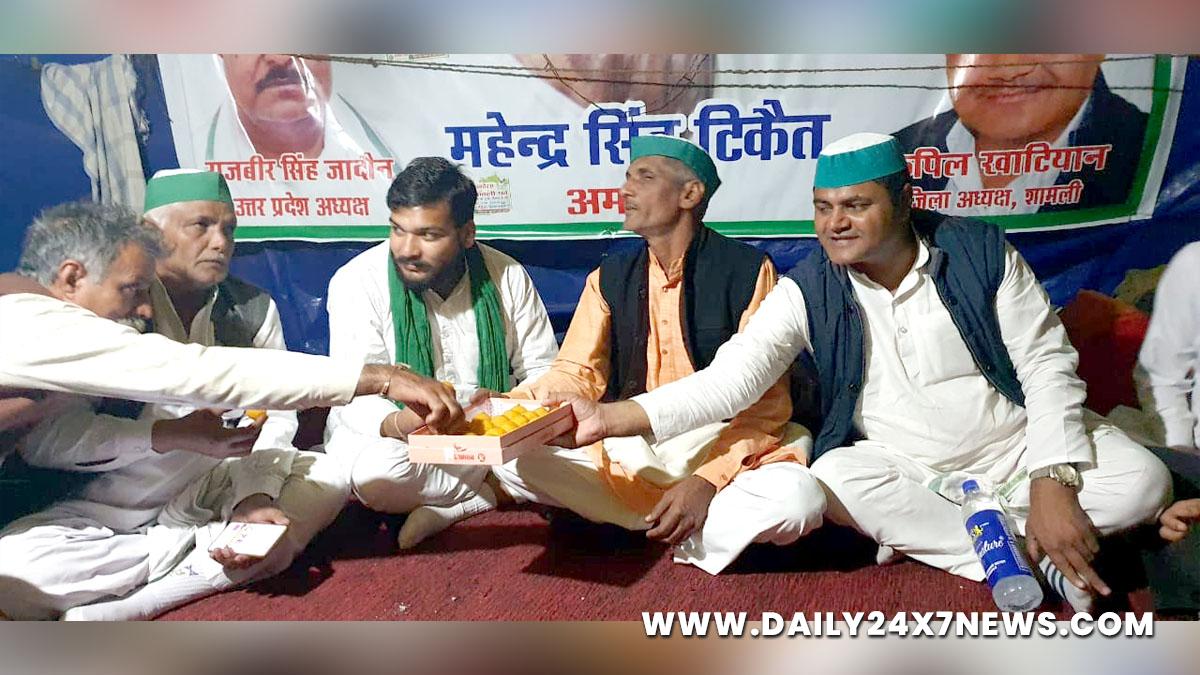 New Delhi : The agitating farmers on Friday showed elation and excitement over Prime Minister Narendra Modi’s announcement to repeal all the three farm laws against which they were protesting since almost a year.The farmers’ protest site at Ghazipur border was decked up with candle lights to celebrate two occasions — repeal of the farm laws, and Prakash Parv.The slogans in favour of the farmers’ protest also echoed at the site of agitation.Terming PM Modi’s announcement to repeal the three farm laws as the victory of nearly a year-long protest, farmers at the site celebrated the evening of Friday by playing music, and also offered prayers on the occasion of Prakash Parv.However, they termed the announcement as ‘half victory’.An excited Kapil Khatiyan, member of Bharatiya Kisan Union, said as PM Modi began his address to the nation in the morning, “we were hopeful that something good may come out of it for the farmers”.”All farmers are celebrating after the announcement, and happiness and excitement prevail among them across the nation,” he said.

However, he added, this “victory would have been more exciting had Modi also announced about a law on MSP”.Meanwhile, the farmers at the protest site also had a feeling of separation as they would have to leave behind the almost year-long association.A farmer, unwilling to be named, said “we have developed here a village-like set up, and live with peace and harmony”.”A brotherhood has been developed here amongst us… irrespective of the fact that we all come from different places and have different background… but we all have to go now as PM Modi announced to repeal the farm laws for which we were protesting,” added the farmer.”We will go back home with a smile of victory on our faces,” he said.The farmers were thankful to the Prime Minister in their collective spirit as the decision to repeal the farm laws have given them a chance to reunite with their families.Sumit Yadav, a farmer, said: “We have spent almost one complete year of our lives for this and we are happy that finally PM Modi has accepted our demand.”

No end to agitation till repeal gets Constitutional validity: SKM

India to double airport numbers to over 200 : Jyotiraditya Scindia