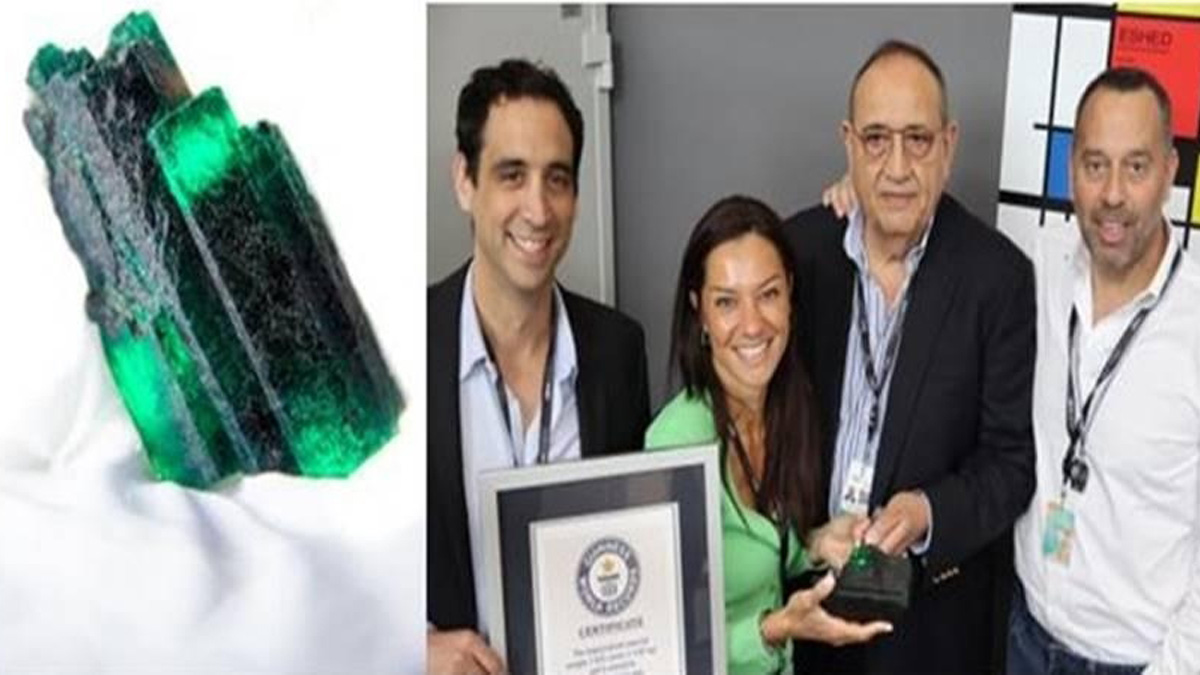 New Delhi : An extraordinary 7,525-carat (1.505kg) single-crystal Chipembele was awarded the record for the largest high-quality emerald ever discovered at Gemfields’ Kagem mine in Zambia. Chipembele is known as “the rhino emerald,” with Chipembele meaning rhino in Zambia’s indigenous Bemba dialect. Only the rarest and most remarkable emeralds have been given names in the past. Eshed – Gemstar announced that they are the new holders of the Guinness World Records title for the Largest uncut emerald. Eshed – Gemstar and Gemfields jointly unveiled this award at Gem Geneva, the world-renowned gem and jewellery show. Kagem, owned by Gemfields in collaboration with the Zambian government, is the world’s largest single-producing emerald mine.

It has recently produced a number of exceptional gemstones, none more so than Chipembele, whose discovery in July 2021 rendered the geologist team who excavated it speechless. They believe it formed under near-ideal conditions, allowing the elements beryllium, chromium, and vanadium to combine to form a large, distinct hexagonal crystal with glassy surfaces and a rich golden green colour. Chipembele is rare because of its unusually large size, as well as its incredible transparency and vivid green colour. Its structure shows the emerald in its natural crystal state, with no host rock or by-products. By shining a light through Chipembele, you can see deep within the gemstone and see the intensity of colour as well as the unusual lack of inclusions.

Any industry expert would consider the combination of all of these desirable features to be extremely rare. Kagem donated a portion of the proceeds from the auction sale of Chipembele to the North Luangwa Conservation Programme in Zambia, which will help with critical black rhinoceros conservation efforts. Eshed – Gemstar will also contribute a portion of future Chipembele sales. Chipembele includes Provenance Proof’s (a subsidiary of Gubelin Gem Lab) unique DNA nanoparticle tagging and a blockchain ledger. This means that Chipembele cut and polished gems can be identified and certified as having originated from this extraordinary gemstone, and thus from Zambia’s Kagem emerald mine. This provides peace of mind while also encouraging trust and transparency in the industry.

Water release from Mettur Dam on May 24 : M.K.Stalin