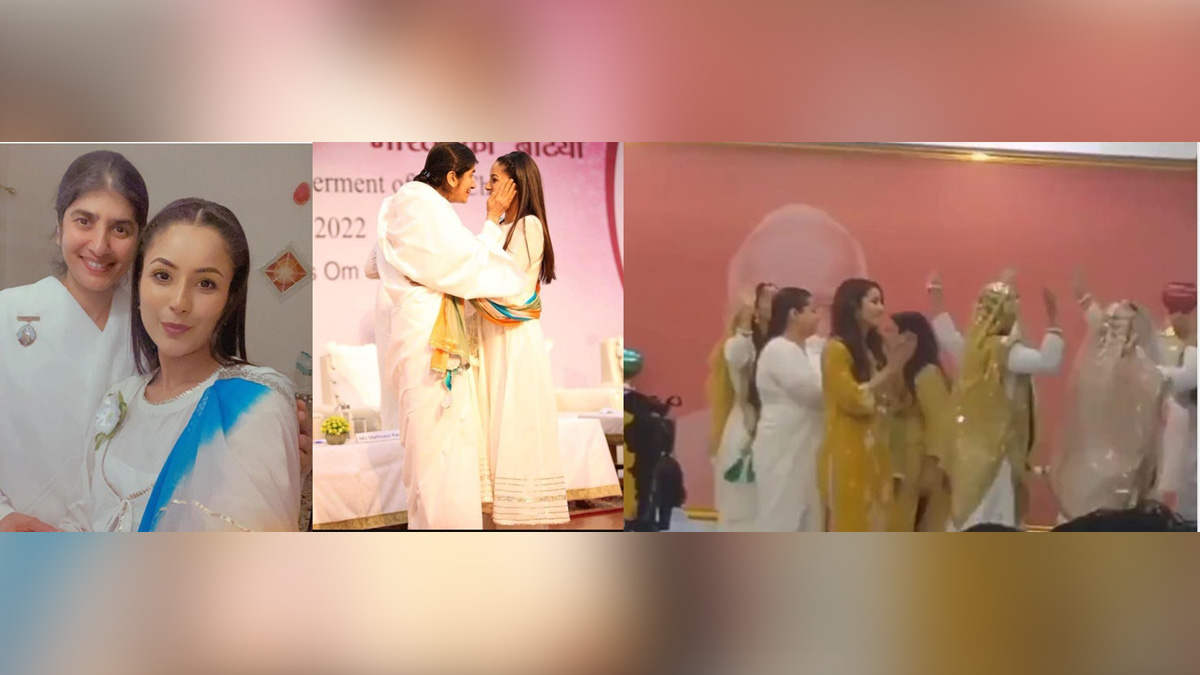 Mumbai : ‘Bigg Boss 13’ fame Shehnaaz Gill’s video dancing to a Punjabi folk song with Brahmakumaris is making headlines and her fans are getting emotional. The actress looked beautiful in a traditional salwar kameez and was seen spreading all the positivity. Recently, she attended an event organised by Brahmakumaris, where she was a part of the launch of the Empowerment of Girl Child campaign. She said: “Stop calling girls soft, delicate, innocent. We are not helpless at all.”

Shehnaaz during the event spoke about her experience and the way she wants to serve the society. She talked about her belief in herself and called herself a pure soul. She also emphasised how important it is to be menatlly strong and believe in the ultimate power of God. In the video that is going viral she was seen dancing with the Brahmakumaris. She looked very happy and responded to her fans. Shehnaaz also shared a set of photos from the event on her Instagram account. Sharing a picture with Brahmakumari Shivani, Shehnaaz called her ‘soul sister’. Shehnaaz had been more actively associated with Brahmakumaris post the demise of Sidharth Shukla.

Sidharth used to be associated with Brahmakumaris and they both were in relationship and called ‘SidNaaz’ by their fans. “Shehnaaz spoke so truthfully and without inhibitions. Every word, so relatable. Love her so much,” a fan commented on the YouTube video of Brahmakumaris event. Another fan wrote: “Love you NAAZ. Keep shining Shehnaaz.” Shehnaaz Gill is all set to make her big Bollywood debut with Salman Khan’s ‘Kabhi Eid Kabhi Diwali’.