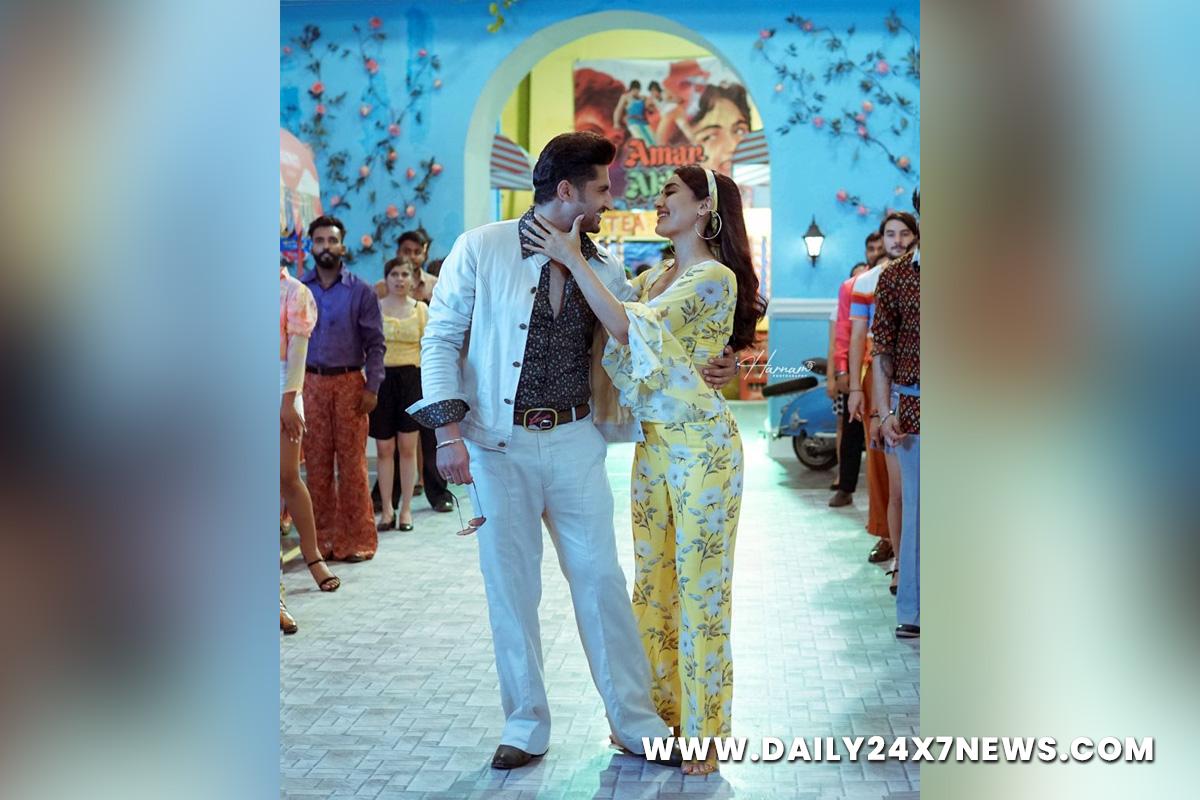 Mumbai : Jassie Gill has recreated the 1956 iconic track ‘Leke pehla pehla pyaar’ for his upcoming film ‘Kya Meri Sonam Gupta Bewafa Hai?’. The actor-singer said he watched a lot of old numbers which were a part of mainstream pop culture to recreate a retro vibe.The original track is from the 1956 film ‘CID’, which stars the late legendary actor Dev Anand, Shakeela and Sheela Vaz. The number is sung by Shamshad Begum, Mohammed Rafi, Asha Bhonsle and the lyrics were penned by Majrooh Sultanpuri.The revamped version features Jassie along with actress Surbhi Jyoti.From replicating the classic looks to the dance movements to the clothes on screen, the actors have brought to the screen every nuance of the 1970s and 1980s songs with the latest version.Jassie said: “I watched a lot of old songs which were a part of mainstream pop culture.

From achieving the visual appeal and retro fashion, we made sure we are spot on with the song’s feel and vibe.””It wasn’t an easy one to rack because a song like this feels right out of a different era. We went through multiple looks and hairstyles.”Jassie says he had a ball of a time working on the special number with Surbhi.He said: “She is so easy and effortless on screen and an absolute bundle of energy on set. You are bound to have a good time while shooting with her.”The recreated song is composed by Avvy Sra and its lyrics are penned by Happy Raikoti.Jassie says he channelled his childhood and love for old Hindi songs into this track.”Growing up, I have been a big fan of popular 70s songs – Kishore Kumar and Mohammad Rafi are big influences for us. We have all grown up on the styles of Rajesh Khanna and Amitabh Bachchan.””We’ve tried to bring the same energy into this track. While it’s for a 2021 film, it turns out some things are simply timeless.”

I know I don’t have a playback singer’s voice : Farhan Akhtar