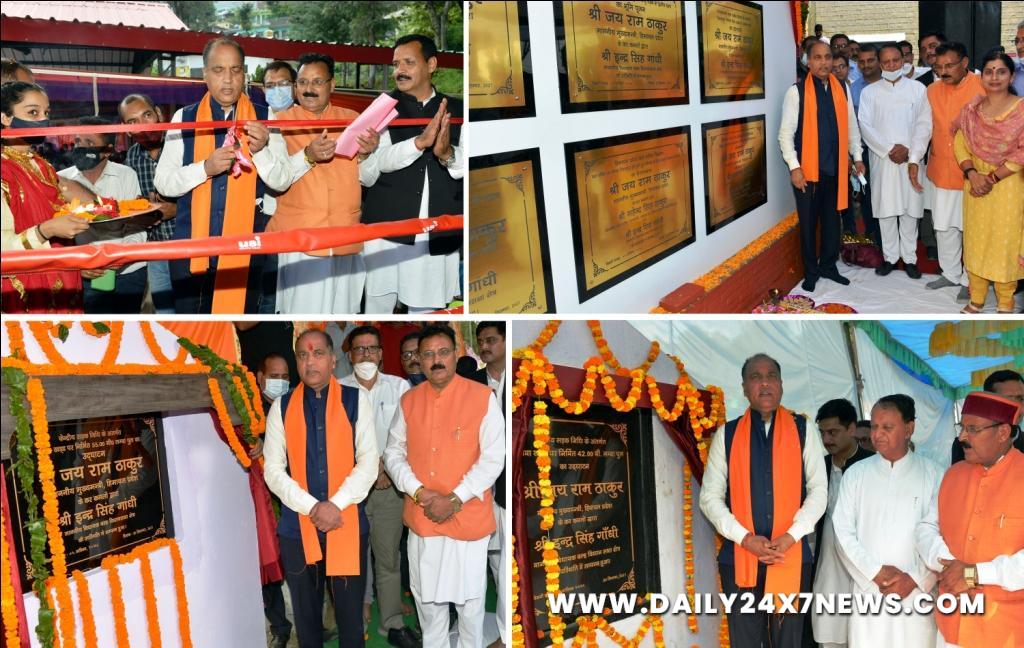 Mandi : Chief Minister Jai Ram Thakur while addressing a largely attended public meeting at Rewalsar in Balh Vidhan Sabha area of Mandi district today announced upgradation of CHC Rewalsar to Civil Hospital, opening of Fire Sub Station at Rewalsar, upgradation of Police Post Rewalsar to Police Station, opening of Veterinary Hospital at Durgapur, construction of helipad in the area, Rs. 2 crore for upgradation of Kalkhar to Ratti road and starting bus service from Sundernagar to Bathan.Chief Minister said that inaugurations and foundation stones of 27 developmental projects worth Rs. 251 crore were performed in Balh area today which shows the concern of the State Government towards development of the area. He said that Rewalsar was an important tourism and religious destination. He said that the area was centre of religious faith of Hindus, Sikhs and Buddhists. He said that the State Government was committed to develop this area from tourism point of view. Jai Ram Thakur said that the Rs. 44 crore lift water supply scheme to partially covered habitations at Rewalsar, foundation stone of which was laid by him today, would go a long way in solving the water problem of the area. He said that NDRF Battalion being setup at Behna would provide immediate assistance to the people of the State at the time of any natural calamity. He said that Balh would come on the international tourism map once the International Airport of Balh was constructed.Chief Minister said that the Covid pandemic has badly affected the development in the world, but despite this crisis, the State Government ensured that no one in the State was deprived of treatment for want of oxygen, medicine etc. He said that the steps taken by the State Government in tackling the pandemic has been appreciated even at the Central level.