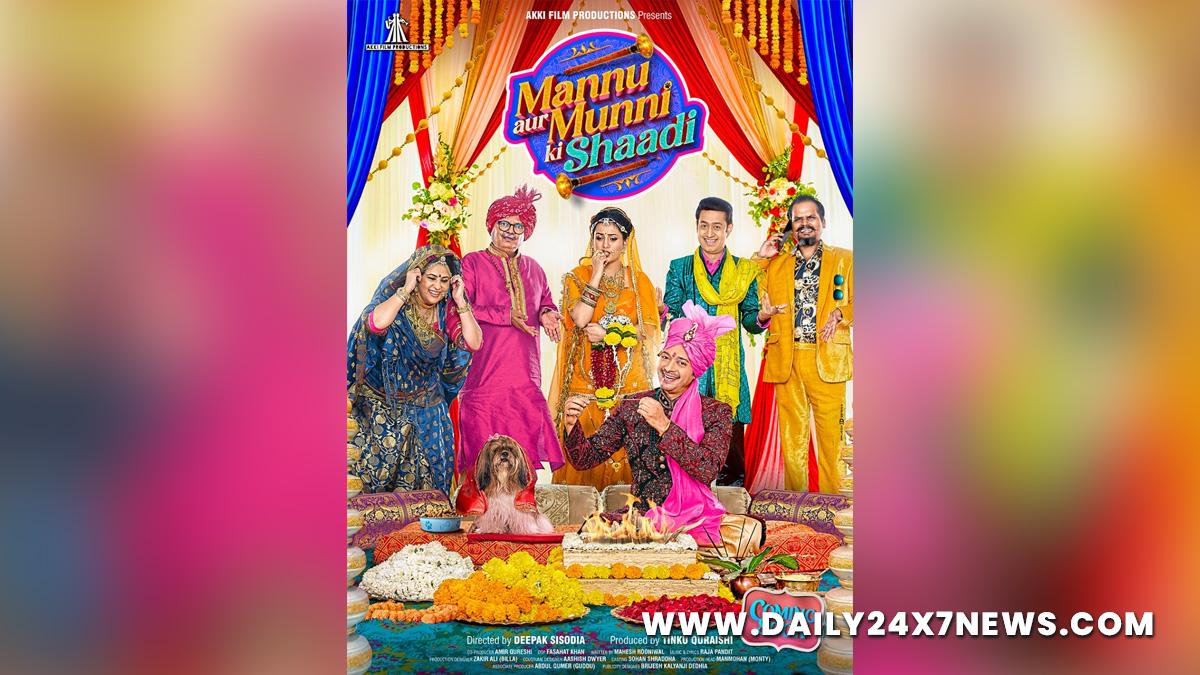 New Delhi : Actors Shreyas Talpade and Rajpal Yadav are set to entertain the audience with their impeccable comedy tropes in their upcoming family drama ‘Mannu Aur Munni ki Shaadi’.In recent years, Bollywood has seen a significant drop in feel-good movies. ‘Mannu Aur Munni ki Shaadi’ promises to fill this void and deliver a clean comedy to infuse the hearts of the audience with joy and laughter.What’s more? The film will mark the reunion of Shreyas Talpade and Rajpal Yadav, the duo which has enthralled the audience with their comedy in films such as ‘Apna Sapna Money Money’. The film also stars Kanika Tiwari as its female lead.Helmed by debutant director Deepak Sisodia, ‘Mannu Aur Munni Ki Shaadi’ promises a hearty mix of comedy, romance, emotions and has a twist at its core.

Talking about family dramas, Deepak said: “I always wanted to debut with a family entertainer which didn’t have double meaning jokes, a rare occurrence in Bollywood today.”I believe laughter is the best gift you can give to the audience and ‘Mannu Aur Munni Ki Shaadi’ has it in abundance. The film will make you laugh and cry at the same time.”Business magnate and producer, Tinku Quraishi said: “Our motive was to entertain the audience. So, when Deepak approached us with this unique story which was both entertaining and educative, we immediately agreed to back the film.”Adding that there are also other films of similar genre lining up the slate of his production house, he said: “There is a slew of other films which belong to the same genre and we will be working on them soon.”Directed by Deepak Sisodia and penned by Mahesh Rooniwal, ‘Mannu Aur Munni Ki Shaadi’ is produced by Tinku Quraishi, under his banner, Akki Productions and is co-produced by Amir Qureshi.

1158 posts in Government Colleges will be filled up within 45 days : Pargat Singh