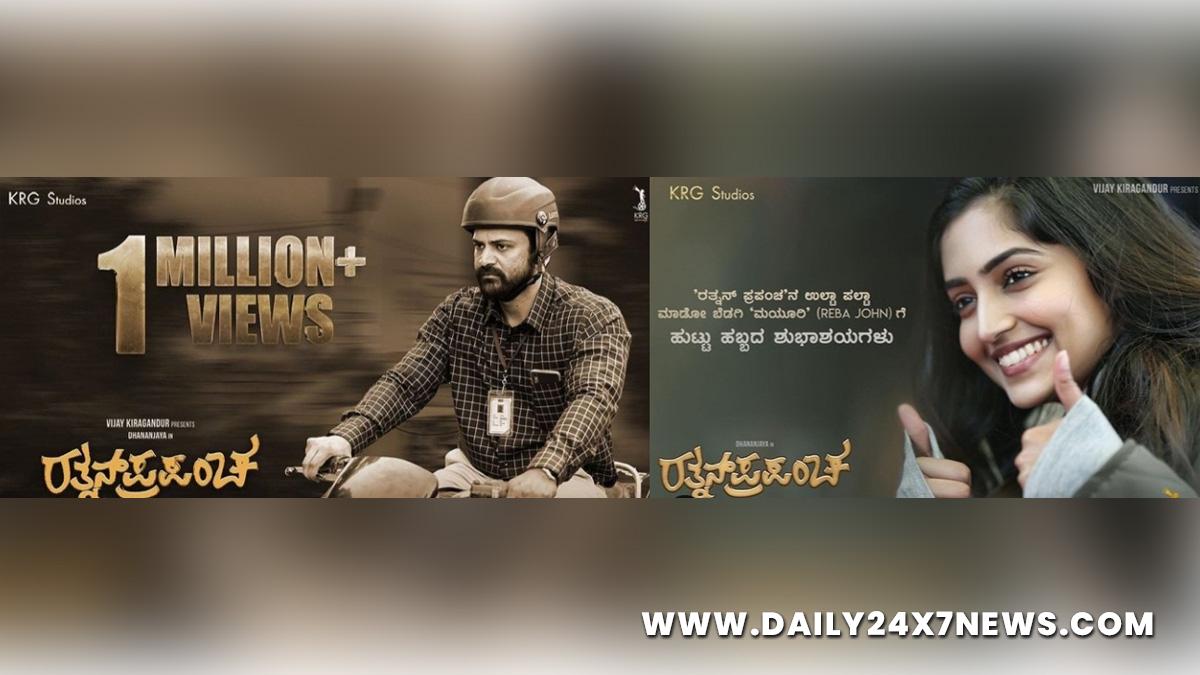 Bengaluru : The stage is set for the October 22 release of the Kannada film ‘Ratnan Prapancha’, described by its makers as a “travel dramedy”, on Amazon Prime Video.Billed as the first big Kannada movie to be screened on an OTT platform, it has ‘Daali’ Dhananjay playing the lead character, a crabby insurance agent, and the story revolves around his doting mother’s efforts to get him married.

The film, directed by Rohit Padaki, also stars multi-lingual actress Reba Monica John, Panju, Umashree, Shruthi, Anu Prabhakar and Achyut Kumar.Commenting on the film on social media, Sandalwood actress Ramya said she had a hearty laugh as she watched the trailer. Will the audience be as enthusiastic in its response?