Workload of Indian cricketers not an issue in Australia : V.V.S. Laxman 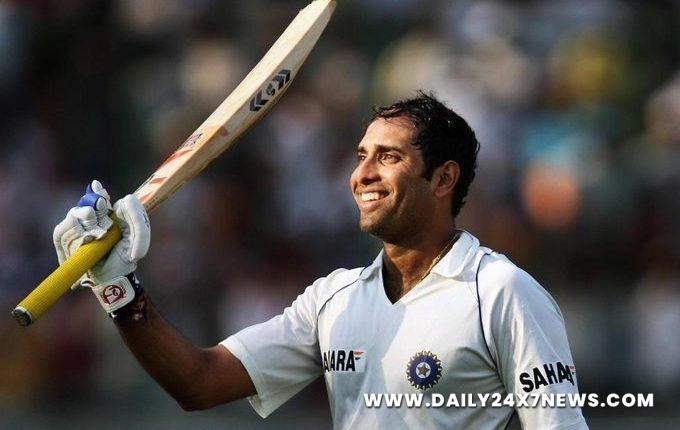 New Delhi : Indian cricketers’ workload on their current tour of Australia won’t be an issue if the coaching and support staff take good care of them, says former India batsman VVS Laxman, even though the players have moved from one bio-secure bubble to another, after playing in the Indian Premier League (IPL).After playing in the 53-day IPL in the United Arab Emirates (UAE), the players travelled to Australia in a bubble and straightaway got into a two-week quarantine. After that period, they will get into a 54-day series comprising 10 matches of all formats. The players are currently in quarantine while also practising in a bio-secure bubble.”Yeah, the workload can be an issue, but I feel that it should not affect the players because there has been a long gap now, even though the players have travelled from one bubble to another. I am also sure that they are recovering well, and the team management and the coaching/support staff are planning in a very professional manner so that all the players are fresh, come the first match,” Laxman told IANS.”There’s definitely a challenge going from one bubble to another bubble. But with my experience during the IPL [as mentor of SunRisers Hyderabad] the players were actually feeling privileged and blessed that they were part of a very secure bubble where they could move very freely within the bubble, while the entire world was struggling with Covid, when there is so much of uncertainty,” he said.Laxman, 46, said the players acknowledge they are lucky doing something they love doing –playing cricket, instead of sitting at home.”So, I don’t think psychologically the players will fail to adjust to another bubble.
But it’s going to be a challenge as the tour progresses, especially by the time the third [January 7] and the fourth Test [January 15] starts. That is where the coaching staff has to be very smart in making sure that the players are fresh and don’t get jaded. But I don’t see any issue at the start of the tour and the first two Tests,” he said.Wouldn’t players be tired after playing in the 53-day IPL, which was preceded by a bio-bubble?”Not at all, because all the players are professionals and they have worked a lot on their fitness. Even though it was almost a two-month long tournament, all the franchises made sure that they gave enough rest to the players so that they were fresh for the matches. And the good thing playing the IPL in the UAE was that the players didn’t have to travel too much because matches were confined to Dubai, Sharjah, and Abu Dhabi, and it was just a bus drive away. Suppose you had played the IPL in India the players would have been more tired because of all the flights and check-ins and check-outs and stuff. So, I don’t think they would be feeling tired or jaded,” insisted Laxman.Seven players – Kohli, Mayank Agarwal, KL Rahul, Ravindra Jadeja, Jasprit Bumrah, and Navdeep Saini – are common in the three squads who have played the IPL and will also play the T20s, ODIs, and the Tests.”As far as batsmen are concerned, I don’t think workload will be a major issue. But we will have to ensure that the fast bowling unit remains fresh because one of the reasons why we won in Australia the last time was because out fast bowling unit put a lot of pressure on the Australian unit [Bumrah, Shami, and Ishant Sharma captured 50 of 70 wickets to fall, or 71.43 per cent]. So, it is very important to look after the workload and the fitness of the fast bowlers. As far as the spinners and the batsmen are concerned, I don’t think workload matters a lot,” Laxman, who aggregated 1,236 runs at 44.14 in 15 Tests in Australia, comprising four centuries and four half-centuries.

‘Aravinda Sametha’ will always be a special film for me : Pooja Hegde

It’s so precious when people appreciate your work : Vidya Balan

List of farmers’ demands not just limited to farm laws

Farmers try to enter Delhi by breaking barricades at Ghazipur