Twice in the four-Test series against England that concluded on Saturday, Washington Sundar has been left a few runs short of a century by the Indian tail.In the first Test in Chennai, the star from the Gabba Test against Australia, remained unbeaten on 85 while on 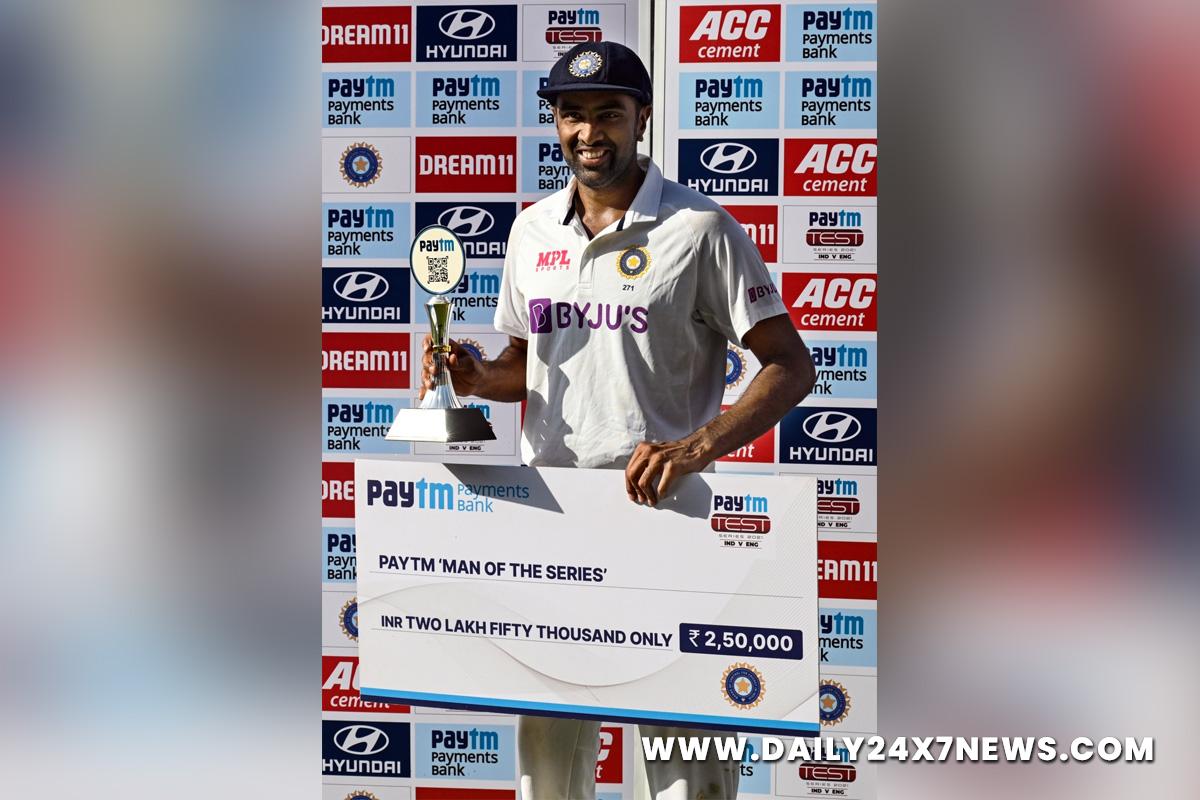 Ahmedabad : Twice in the four-Test series against England that concluded on Saturday, Washington Sundar has been left a few runs short of a century by the Indian tail.In the first Test in Chennai, the star from the Gabba Test against Australia, remained unbeaten on 85 while on Saturday, he was far, far closer to his century, ending at 96 not out.It should have been an easy century for him but for the lack of application shown by tail-enders Ishant Sharma and Mohammed Siraj. The last three wickets – including the run-out of Axar Patel, fell in the space of five deliveries and with the addition of no run.”I don’t understand why people are surprised at his batting. I have been hearing. He can face the new ball. But we are ready for whatever the Indian team asks him to do,” his father M. Sundar, who had mixed feelings, told IANS.”What I am really disappointed about are the tailenders. They couldn’t stay on for even a brief while. Suppose India were playing, needing 10 runs to win, wouldn’t this have been a huge mistake. There are millions of youngsters watching, they shouldn’t learn what the tail-enders did,” he said.Ishant Sharma was leg-before while Siraj was bowled as he backed away.
“It is not about technique or skills. It was a matter of courage. England were tired, Stokes was bowling at 123-126. They were not bowling at lethal pace.”Sundar has been a proper batsman. Before the fourth Test at the Gabba against Australia in January, he had played just 12 first-class matches since he was ignored by Tamil Nadu Ranji team for a number of years.He had played Chennai league cricket as a batsman and also opened for Tamil Nadu in some of the limited opportunities he got. His bowling and especially him bowling the powerplay overs has bracketed him among limited overs specialists.”It is quite surprising (to see people bracketing him as a bowler). Washy (Washington Sundar) bowled in some of the IPL matches this season. He shot to fame because of his bowling in the powerplay. Quite surprising that people don’t recognise that he is a batsman who can bowl,” said off-spinner R. Ashwin while speaking to the media.”I am not surprised at his batting because he works really hard at his batting. In fact, we have discussions on how you should bowl more as well. He loves his batting. He is mainly a batsman so I am not surprised at his batting. He is a special batsman,” Ashwin said.

IPL: Lucknow all set to pick Rahul, Stoinis and Bishnoi ahead of mega-auction