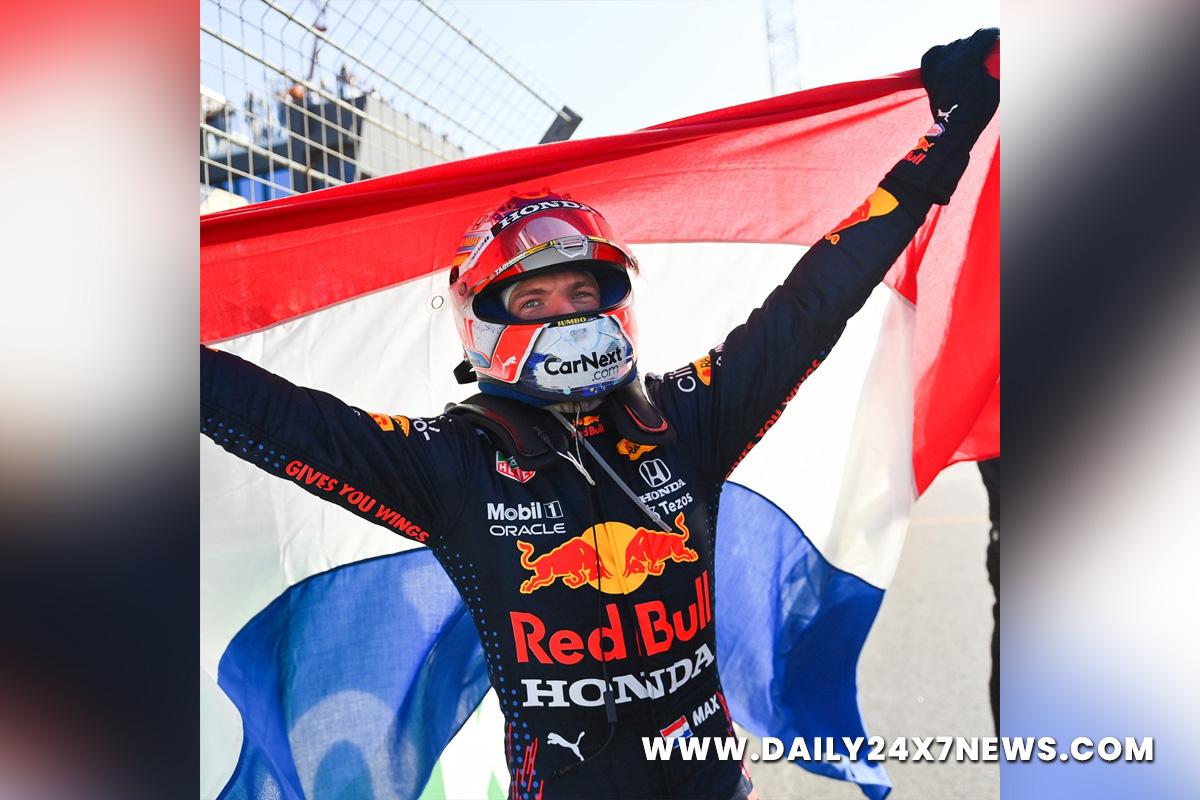 Zandvoort (Netherlands) : Red Bull’s Max Verstappen retook the lead in the 2021 Formula One World Championship in dominant style with a home win at the Dutch Grand Prix.Cheered to the echo on Sunday evening by 65,000 passionate spectators at Zandvoort, Verstappen headed off title rival Lewis Hamilton at the first corner and was never headed as he completed a pole-to-flag victory.”It is incredible, because the expectations were high going into the weekend and it’s never easy to fulfil that,” said Verstappen, who lapped the entire field apart from the two Mercedes cars.”But I’m so happy to win here and to take the lead in the championship. Of course, Mercedes tried to make it difficult for us but we countered them all the time really well. We can be pleased with the whole team performance today.”The Zandvoort circuit was hosting an F1 Grand Prix for the first time since 1985, and though its twisty and undulating nature proved a big hit with drivers, the tight confines of the beachside track made the race a somewhat processional affair, Xinhua reports.

Hamilton had to be content with second place and the bonus point for fastest lap on a day where Mercedes had no answer to Verstappen’s pace, with teammate Valtteri Bottas rounding out the podium places.Behind the top three, Pierre Gasly finished an excellent fourth in his AlphaTauri, ahead of Charles Leclerc’s Ferrari. Fernando Alonso had a good run to sixth in his Alpine, while Leclerc’s teammate Carlos Sainz took seventh.Verstappen’s teammate Sergio Perez salvaged eighth after starting from the pitlane following an engine change, while the second Alpine of Esteban Ocon took ninth, and McLaren’s Lando Norris rounded out the top ten.Verstappen’s win sees him retake the lead in an enthralling drivers’ championship, with 224.5 to Hamilton’s 221.5. Bottas’ third place sees him climb to third in the standings with 123 points.In the constructors’ championship, Mercedes have slightly extended their slender lead, with 344.5 points to Red Bull’s 332.5.In the battle for third place, Ferrari have leapfrogged McLaren and now have 181.5 points.The next round of the 2021 F1 season is the Italian Grand Prix on September 12.

Geelani’s last rites should have been performed as per family wishes : Mehbooba Mufti

Room for further improvement in my batting, says U-19 skipper Yash Dhull