New Zealand rode on opener Martin Guptill’s whirlwind 97 off 50 balls and then staved off a late challenge from Australia led by Marcus Stoinis to win the second T20I by four runs on Thursday at the University Oval.In what was a run feast of a 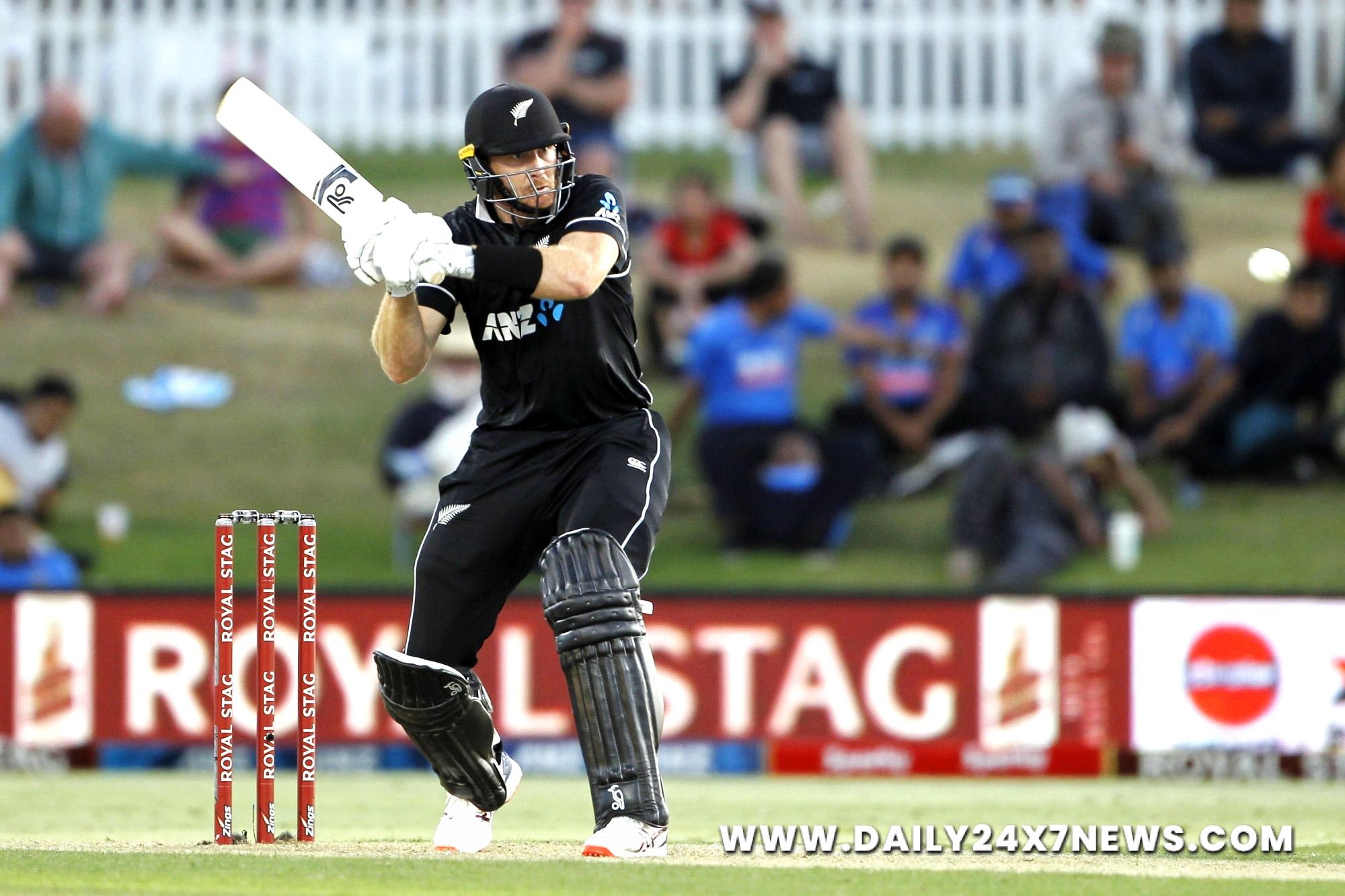 Dunedin (New Zealand) : New Zealand rode on opener Martin Guptill’s whirlwind 97 off 50 balls and then staved off a late challenge from Australia led by Marcus Stoinis to win the second T20I by four runs on Thursday at the University Oval.In what was a run feast of a match, Guptill’s innings propelled New Zealand to 219/7 but Stoinis and Daniel Sams led a late charge from the visitors and their innings ended on 215/8.Spinner Mitchell Santner chipped in with four wickets, three of which came in the 13th over. All-rounder James Neesham, who hit six sixes in his unbeaten 16-ball 45, took the all-important wickets of Sams and Stoinis in the last over of the match.New Zealand looked to be in for a comfortable defence of their mammoth total after Santner dismantled the Australians in the 13th over. He dismissed Josh Philippe, who was on 45 off 32 balls, before dismissing Ashton Agar and Mitchell Marsh for first ball ducks off consecutive delivieries.

However, Stoinis and Turner then put on a show to get the visitors back into the game. The pair added 92 for the seventh wicket off just 40 deliveriesThe carnage left Australia needing 15 runs to win off the last over. However, their chances took an early dent as Sams holed out at deep midwicket off the first ball of the over. The batsmen had crossed over and Stoinis took two dot balls before hitting a six over long on to leave Australia needing 9 off the last two balls. However, he was caught at long on off the very next ball, thus ending the visitors’ chances of completing the run chase succesfully. Jhye Richardson hit a four off the last ball and New Zealand won the match.Earlier, Guptill smashed as many as eight sixes and six fours and fell just three short of his third T20 International century to Sams. He put up a partnership of 131 runs off just 70 balls for the second wicket with captain Kane Williamson, who himself scored 53 off 35. Williamson fell to spinner Adam Zampa after which Neesham continued the carnage, smacking an unbeaten 45 off 16 with six sixes and one four.New Zealand now lead the five-match T20I series 2-0. The third match will be played in Wellington on March 3.

‘My body is wearing down’: Sania Mirza to retire after 2022 season