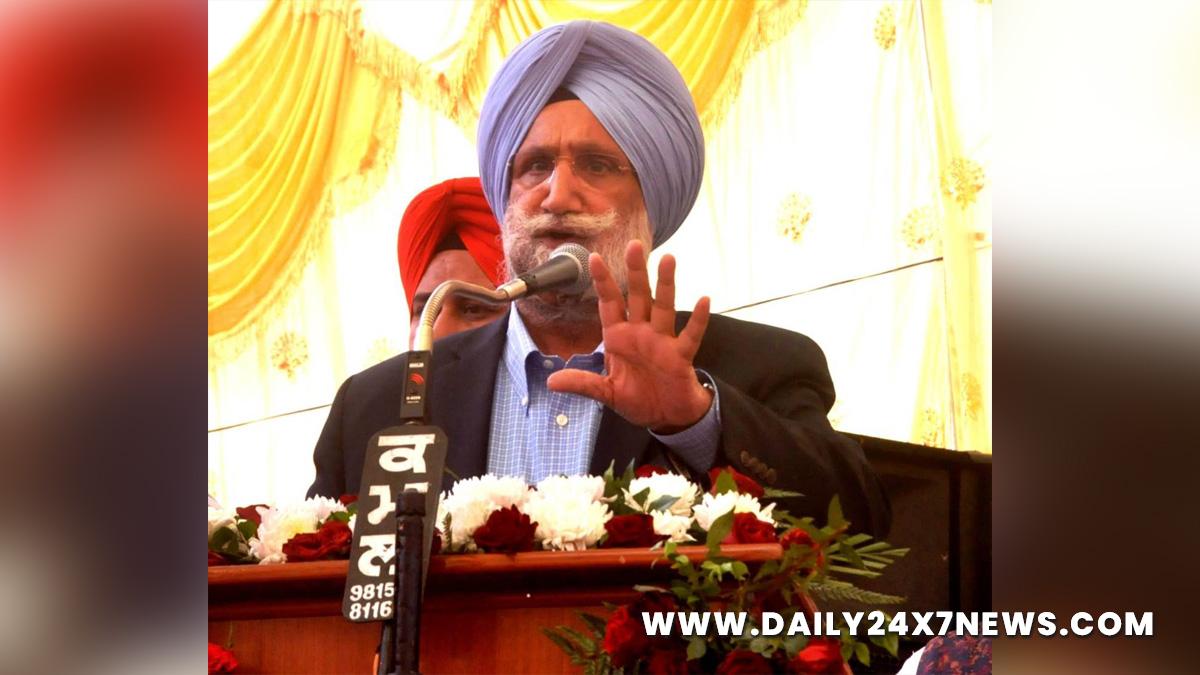 Bhogpur (Jalandhar) : In a major announcement, Deputy Chief Minister Sukhjinder Singh Randhawa on Tuesday ordered a probe into the alleged misuse of funds meant for Panchayats during previous SAD-BJP government in Adampur assembly segment.Directing the Jalandhar (Rural) SSP to submit a report in next 10 days, Deputy Chief Minister Sukhjinder Singh Randhawa, who also holds Home portfolio, said that none would be spared if found guilty in the probe. Randhawa also mentioned that the officials of Police, Vigilance and Rural Development & Panchayats departments would carry out the probe in efficient manner so if anyone found indulged in said malpractice, during the SAD-BJP government, could be brought to book as these funds was meant for holistic development of the villages.While addressing a gathering here after laying foundation stone of two projects in Bhogpur Sugar Mill and initiating the crushing season, the Deputy Chief Minister acceded to the demand put forth by Chairman Punjab Technical Education Board Mohinder Singh Kaypee and said that ensuring further transparency in the existing system was also one of his foremost priorities. He also asked the SSP to accomplish the inquiry within ten days so that timely justice could be ensured by the Police.

Lashing out at the previous SAD-BJP regime, Randhawa said that the alliance badly compromised the interests of cane growers of this region. He said that the previous government not only halted the development of this Cooperative Sugar Mill but also made up its mind to handover operations of this venture to private hands but the incumbent congress government had already enhanced its capacity to 3000 TPD besides making all out efforts to make this mills viable and profitable in larger interest of cane growers. He also added that the congress government has taken a slew of initiatives to revive the Sugar Mills in the state with a focus on increasing the income and prompt payment to cane growers.The deputy chief minister also said that it was the congress government that has given a record hike in the prices of sugarcane taking it to Rs. 360 per quintal while clearing all the pending payments of cane growers of the state. He also announced that the payment to farmers during the current season would be started immediately after the season started. He also mentioned that special focus was being laid on increasing the profit of these mills and the dividend would be distributed among cane growers.Randhawa also warns surveyors of strict action would be initiated, if anyone found exploiting cane growers in lieu of slips for selling their crop besides urging farmers to get such slips through the stipulated process.Chairman Punjab Technical Education Board Mohinder Singh Kaypee, Ex-MLA Kanwaljeet Singh Lali, Daljit Singh Gilzian also addressed the gathering.