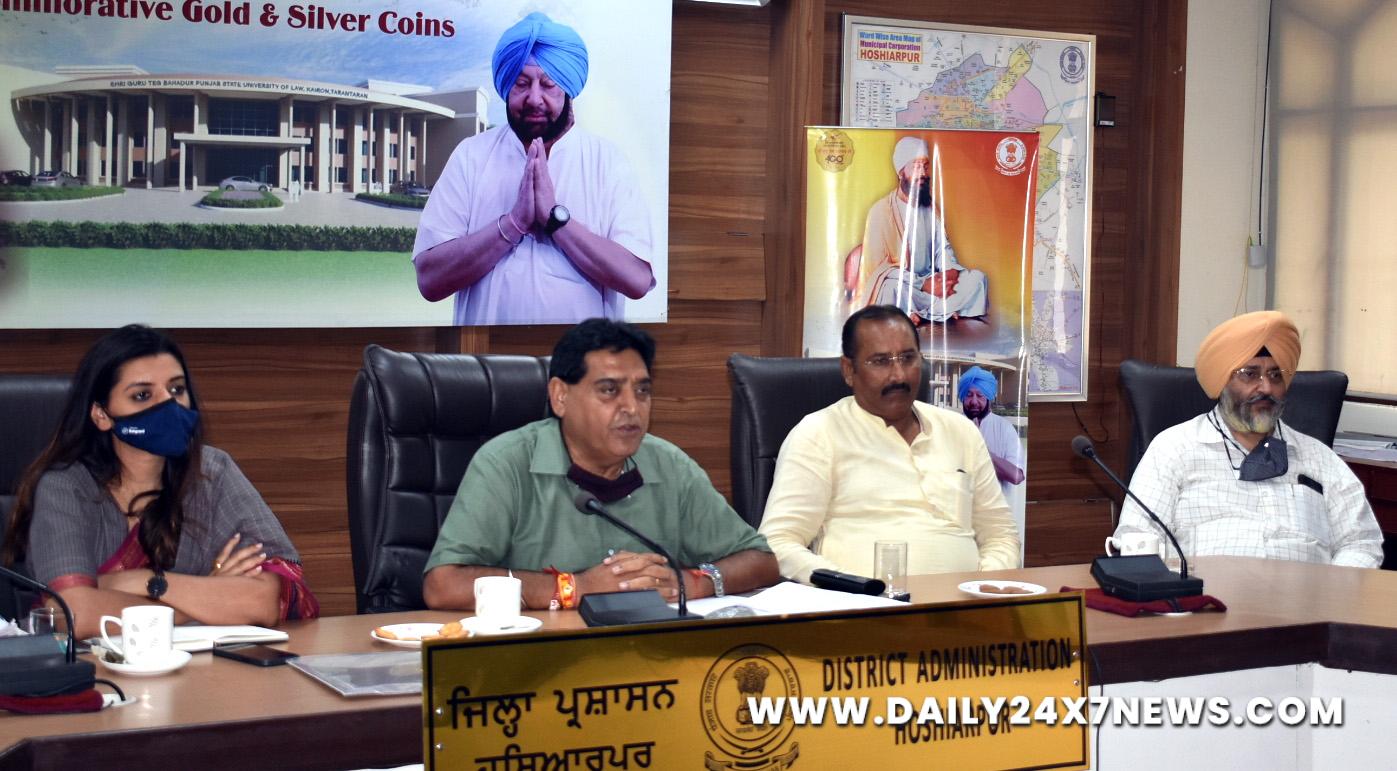 Hoshiarpur : Punjab Industries and Commerce Minister Sunder Sham Arora on Friday said that the Sri Guru Tegh Bahadur University of Law being setup at Kairon village in Tarn Taran district would prove to be a milestone in the education sector in general and particular in the field of legal studies besides scripting new chapters of holistic development in this border area.Joining the online foundation stone laying ceremony by the Chief Minister Captain Amarinder Singh from Chandigarh, the Minister, who was participating from Hoshiarpur said that Punjab Government’s first law university would open new vistas for students aspiring for legal studies. The university has been dedicated to the ninth Sikh guru Tegh Bahadur Ji, which is a humble tribute of the state Government for the great Guru known as ‘Hind Di Chadar’, said the Minister adding the students after pursuing their higher studies from this university would excel in their respective fields.

Lauding the Punjab Government’s initiative in the education sector, Sunder Sham Arora mentioned that with the concerted efforts and visionary leadership of Chief Minister Captain Amarinder Singh the State had been declared No. 1 in school education in the country. He said that landmark steps had also been taken in higher education with the initiation of new degree colleges during the last four years. Now the State Government is also inaugurating 18 new degree colleges and 25 ITIs in the state, said the Minister. He also said the Industries Department had made requisite arrangements with MMTC for the purpose of designing and fabrication of the commemorative medallions, to mark the 400th prakash purb celebrations of Sri Guru Tegh Bahadur ji, minted and made available at all Phulkari Emporiums in Punjab for the public. Deputy Commissioner Apneet Riyait and Principal Government College Hoshiarpur Dr. Jasvinder Singh were also present on the occasion.