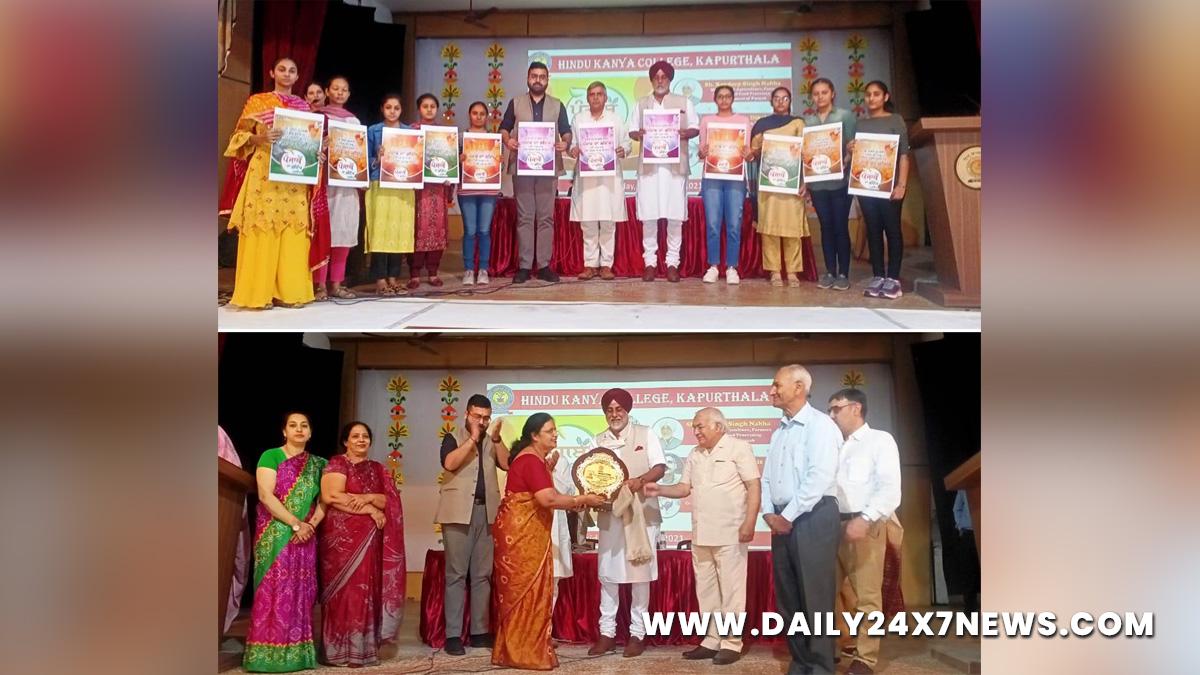 Kapurthala : Agricultural and food processing Minister of Punjab Mr Randeep singh Nabha said that “Punjab Government will repeal the black agrarian law in a special session on November 8 as it would demolish the economy of the Punjab. He made it clear that the ” Punjab Government would leave no stone unturned to safe the agrarian set up”.He also said that Punjab Government would provide all kind of help to the families of farmers who lost their lives in farmer struggle at Delhi borders and towards that the state has given appointment letters to 157 family persons of deceased farmers.Terming the crop diversification in Punjab as the need of the hour while talking to the journalists , the Minister announced that a special summit would be organized in first week of December in cooperation with the Israel to transfer the agricultural technology to the farmers of Punjab. Agricultural experts across the globe, FICCI and world bank representatives would be the participants in the summit.He also announced to set up two processing plants in Punjab having facility to process the crops as per the zonal crops production specification.Replying to a question about the compensation against the cotton crop damaged in malwa and basmati across the state, the minister said that the Girdawari of damaged crops has been completed and it would be given in next few days.

Earlier taking part in the dialogue session with the students at Hindu Kanya college on the subject of ” Punjab da Bhavikh ” the minister said that the youth of the country who counts maximum population in the country , must come farward to save the secular credentials and democratic set up in the country is in danger.He also said that Punjab Government has implemented a new policy to safeguard the interest of farmers under that all the seed dealers from other states like haryana, Rajasthan etc would have to get certification from the agricultural department of Punjab for the quality and sale of crop seeds in Punjab.”Its aimed to ensure that no body would be allowed to sale or supply the low quality seed in the state. He also asked the officials of agricultural and farmers welfare department to engage the farmers on large scale against the stubble burning by organising maximum camps at village level.He also said that the Punjab Government has made a vision document to reduce the depleting of ground water and diversification of present crop system.Answering the questions of students on their queries like brain drain , unemployment and lack of jobs , the Minister said that the world becomes too small with communication and transport facilities which resulted in easy shifting of people to one place to other.Prominent who took part in deliberation are former Member Parliament Mr Sandeep dixshit , Mr Gautam seth secretary youth congress , Director college Dr satish kapoor , Principal Archana garg etc.Earlier on his maiden visit to kapurthala district , Punjab police contingent presents guard of hounur at rest house to the agriculture Minister. SSP Kapurthala Mr Harkamalpreet singh khakh has welcomed the Minister.