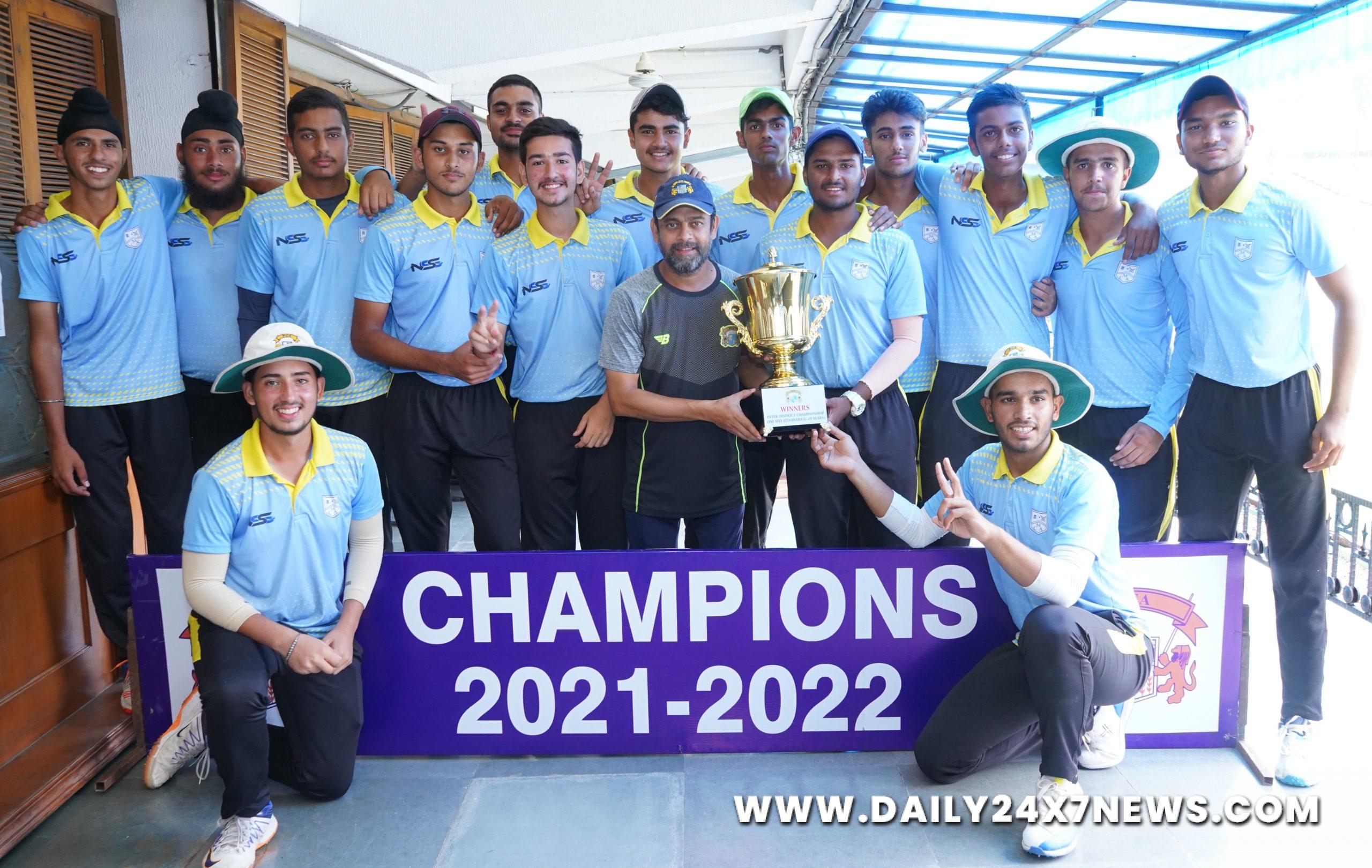 Mohali : Rain interrupted the proceedings of the final match between Bathinda and Mohali at IS Bindra PCA Stadium Mohali after Bathinda had batted for 26 overs for 102 for the loss of 4 wickets. The sharp showers brought an early closure of the match and Mohali were declared winners by 26 runs via VJD method. Bathinda had to score 128 in 26 overs while they could muster only 102 for the loss of 4 wickets. In the morning Bathinda won the toss and opted to field. Mohali innings was propped up by a 56 runs partnership for the 2nd wicket between Jobanpreet Singh and Rushil Srivastva which was broken when Jobanpreet was run out by Shiv for 29 off 42 balls studded with 5 boundaries thereafter Rushil Srivastva in company of Aryan Bhatia added 44 runs for the third wicket before RushilSrivastva were staged by Arshad Qureshi off Abir Kohli for 52 of 81 balls inclusive of 2 boundaries , Aryan Bhatia then in company of Jahsanjot Singh put on 64 runs for the 4th wicket before Aryan Bhatia was trapped in front by Delove Kumar Goel for a well-made half century (55) off 69 balls inclusive of 3 boundaries , Jahsnajot Singh made an unbeaten 68 off 63 balls inclusive of 5 boundaries and 1 six. Mohali innings ended at 242 for 5 in 50 overs. For Bathinda Delove Kumar Goel 2 for 36 for the main wicket taker. Replying Bathinda made a disasters start losing their opener Amandeep who was trapped in front by Raghuvar Narang for 4.Thereafter Uday Partap Sharan and Shiv put on 30 runs for the 3rd wicket. Another partnership of 40 runs for the 4th wicket between Aniket Kumar and Shiv. Ensued Uday Partap Sharan scored 37 off 42 balls with 5 boundaries and Shiv unbeaten 31 off 54 balls with 4 boundaries. For Mohali RaguvarNarang 2 for 22 was the main wicket taker.MrPuneet Bali (Hony Secretary), Mr Surjit Rai (HonyJt Secretary), Mr RP Singla (Hony Treasurer) and Mr Deepak Sharma CEO, PCA gave away the cash prize of 25000/ to the runners up and rupees 50000/ and winner’s trophy to the Mohali team. The awards in the recognition of Services were also handed over to Mr. Ashok Khanna, Match Referee, Mr. Bharti Vij and Mr. Ranjeev Sharma, Umpires and Mr. Rajesh Arora, Scorer.