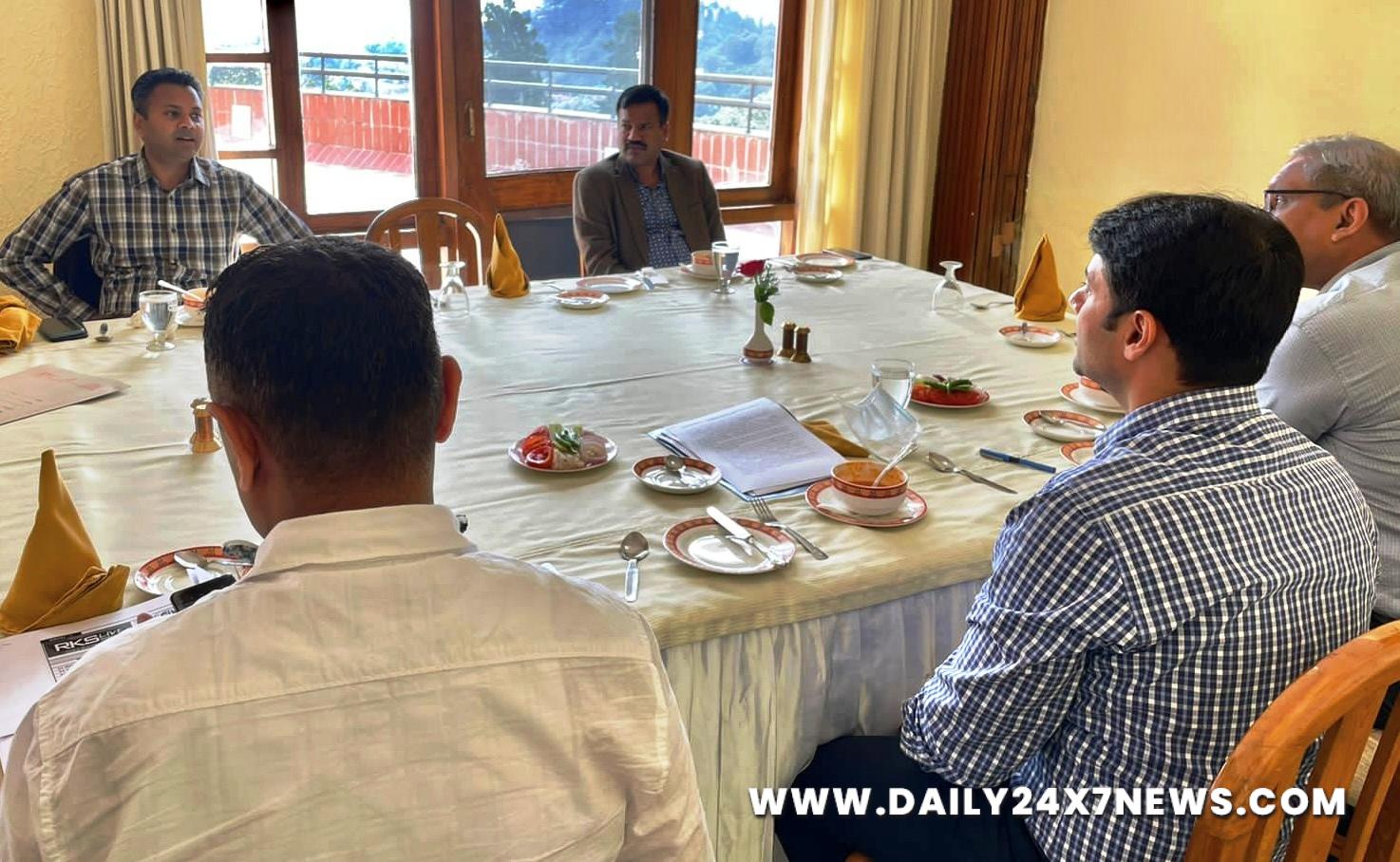 Shimla/Chandigarh : The persistent efforts of the Cooperation Minister Sukhjinder Singh Randhawa to strengthen and expand the base of the Cooperative sector institutions of Punjab today bore fruit when the Markfed and the Himachal Pradesh Government inked a Memorandum of Understanding (MoU). The move would pave the way for the sale of varied products of Markfed at 5000 Public Distribution System (PDS) depots of the neighbouring Himachal.The decision was today arrived at in a meeting held at Shimla regarding making available different products of Markfed and Sugarfed to Himachal Pradesh for PDS. The meeting saw Secretary, Food and Civil Supplies Department, Himachal Pradesh Paul Rasu, Director Lalit Jain, Registrar Cooperative Societies Punjab Vikas Garg, MD Markfed Varun Roojam and General Manager, Oil Mill, Khanna Ravinder Sharma.

It is noteworthy that earlier S. Sukhjinder Singh Randhawa had personally met the Himachal Pradesh Chief Minister Jai Ram Thakur and offered to supply products of Punjab’s cooperative sector institutions to Himachal Pradesh which led to the signing of the MoU.On the occasion, Vikas Garg said that the MoU would ensure the availability of high quality Markfed products to the people of Himachal Pradesh at their doorsteps. The occasion also saw discussions on exploring the possibility of supplying sugar to Himachal Pradesh. The Food and Civil Supplies Department of the hill state would continue the deliberations regarding the issue in future.Speaking on the occasion, Varun Roojam said that today is a red letter day when the efforts of Markfed to increase its base have received a further boost. He said that the Markfed products such as SOHNA brand Honey have been validated internationally when it passed the Stringent NMR purity tests conducted by the Centre for Science and Environment (CSE) last year.

Hindi cinema has given me more than I expected : Shikha Talsania