Pargat Singh plays a winning shot, announces to make Punjab the sports nursery of the country 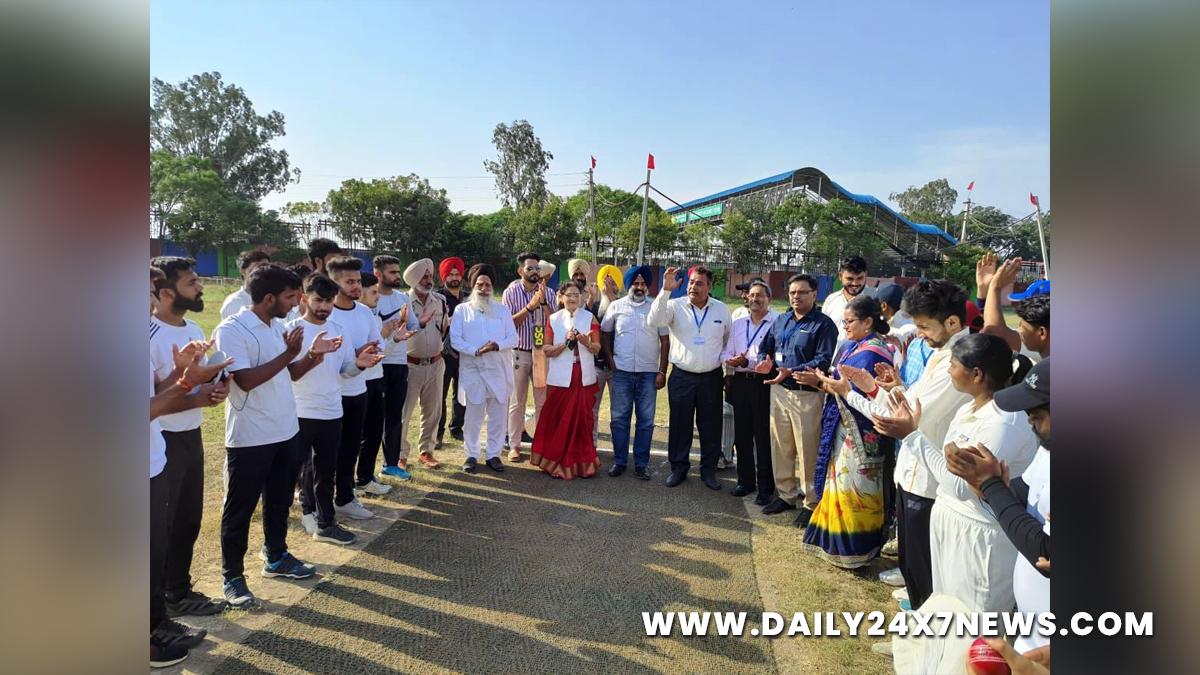 Jalandhar : Hockey Olympian and Punjab Sports and Youth Services Minister Pargat Singh who steered India in the Olympics Hockey twice played a cricket winning shot at DAV University by announcing a road map to make Punjab the sports nursery of the country.Playing cricket with students at DAV University, he said that there was an urgent need to hunt sports talent from the remote rural areas, nurture them and bloom them into international players all with government and sustained corporate support. Pargat Singh, who visited the University to felicitate its national and international sportspersons and students placed in MNCs headed straight to the University playground and witnessed an ongoing cricket match and played cricket with students. He also interacted with the players and the faculty of the sports department.Later, addressing students, Pargat Singh said that the education and sports sectors were integral and required revitalization. The Punjab Higher Education, School Education, Sports & Youth Services, NRI Affairs, Mr Pargat Singh, said that DAV University had played a major role in uplifting sports and maintaining the standard of education.The minister and former hockey captain was received on the campus by the dignitaries of the University on behalf of Dr Punam Suri, Chancellor of the University. These university officials included the Vice-Chancellor Dr Jasbir Rishi, Executive Director Mr Rajan Gupta, Registrar DR K N Kaul, Dean Academics Dr R K Seth and Deputy Director Sports, Dr Yeshbeer Singh.While interacting with the University authorities, Pargat Singh said that he was delighted to learn DAV University was giving due consideration to requirements of the industry while preparing curricula. “This paves way to their better placements,” the minister observed.He said that he proposed to invest heavily in human resources and infrastructure in the education sector. Emphasizing on the need to make youth healthy and strong, Mr Pargat Singh said that girls should have access to nutritional food and facilities.