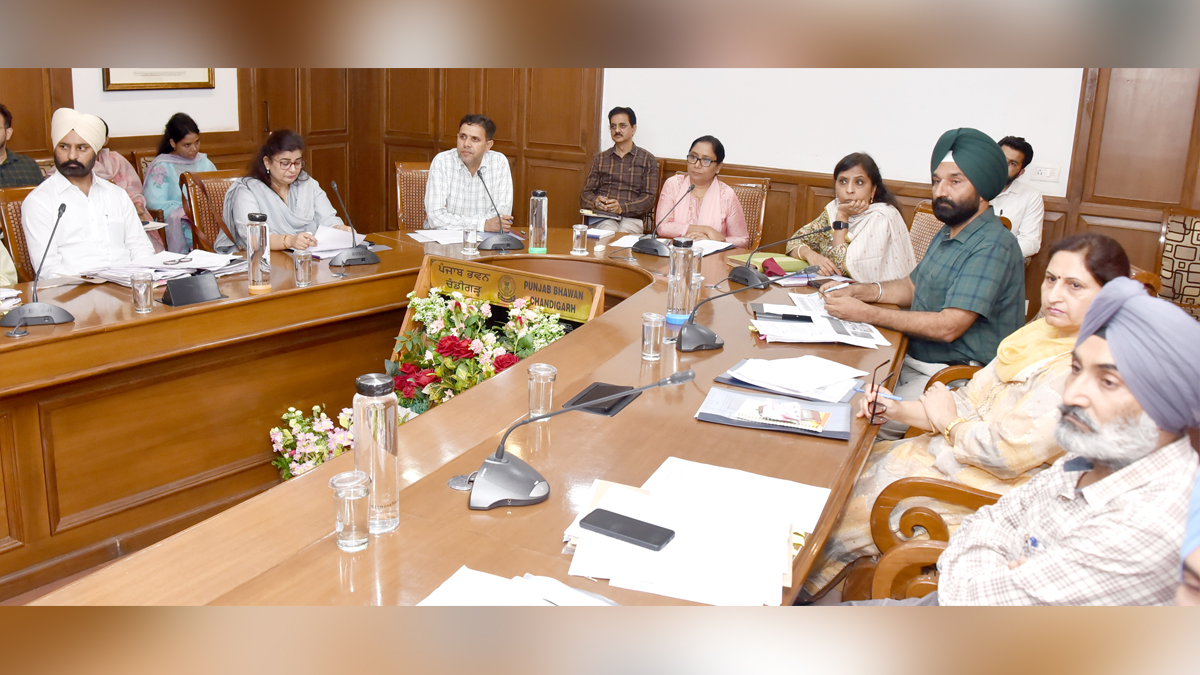 The Cabinet Minister also instructed to expedite the process of filling vacant posts of Anganwadi workers and helpers.Reviewing the schemes of the department of Social Security & Women and Child Development here at Punjab Bhawan, Dr. Baljit Kaur said that the state government was committed to deliver the benefits of various social welfare schemes to eligible beneficiaries of the different sections to the society.

She directed that the payment through PFMS system should be implemented soon in other districts like Sangrur and Mansa to bring more transparency in the payment of pensions to the beneficiaries, besides coordinating with health and governance reforms departments to delete the data of deceased beneficiaries.

The Cabinet Minister directed to provide basic facilities such as provision of drinking water and toilet in 7503 Anganwadi Centers of the state by coordinating with various concerned departments.Dr. Baljit Kaur instructed the field officers to ensure that the old age homes of the department and children homes are periodically inspected.