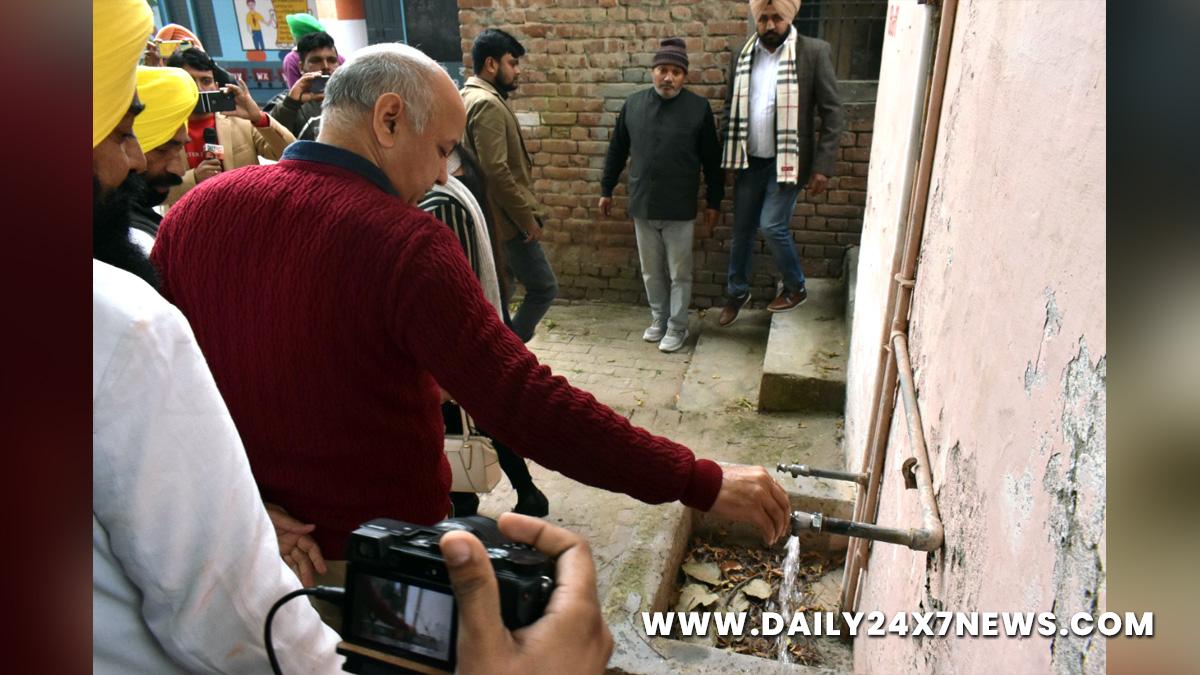 Chandigarh : Even though the Punjab government did not hand over the list of the best 250 schools to the Aam Aadmi Party (AAP) as part of the challenge between senior AAP leader, Delhi’s Education minister and Deputy Chief Minister Manish Sisodia and Punjab Education Minister Pargat Singh on the education system; but Manish Sisodia went two steps ahead and himself reached to take the stock of the primary school of Makrauna Kalan, the maternal grandfather’s (nanke) village of Chief Minister Charanjit Singh Channi in his Assembly constituency of Chamkaur Sahib.On reaching the primary school in the village, Manish Sisodia met a teacher, who was working on the pay scale of only Rs 6,000 to teach from Class 1 to 5; who apprised the Delhi Deputy Chief Minister about his and the problems of the students. The teacher told him that the school did not even have drinking water facility for the students and the school staff had to bring drinking water from nearby Gurdwara Sahib. The swings installed for the children were found dilapidated. Taking stock of the problems faced by them, Manish Sisodia said that if in such a situation, the Punjab government will call itself number 1 in the education system, then it is messing with the future of the students and the education system.

Channi sahib, we will give wonderful education like Delhi to children of Punjab : Kejriwal
AAP’s National Convener and Delhi Chief Minister Arvind Kejriwal wrote on his Twitter handle, “The condition of schools in Punjab is very bad. Channi Sahib says that the schools in Punjab are the best. Meaning they have no intention of fixing the schools. These leaders have deliberately kept the government schools in a bad condition for 70 years. Now that won’t happen. Channi sahib, we will give a wonderful education like Delhi to the children of Punjab.”