Occasion was ferocious competitions held for ‘World Hapkido Cup 2021’ in Saint Petersburg, Russia on its 75th year of continuation 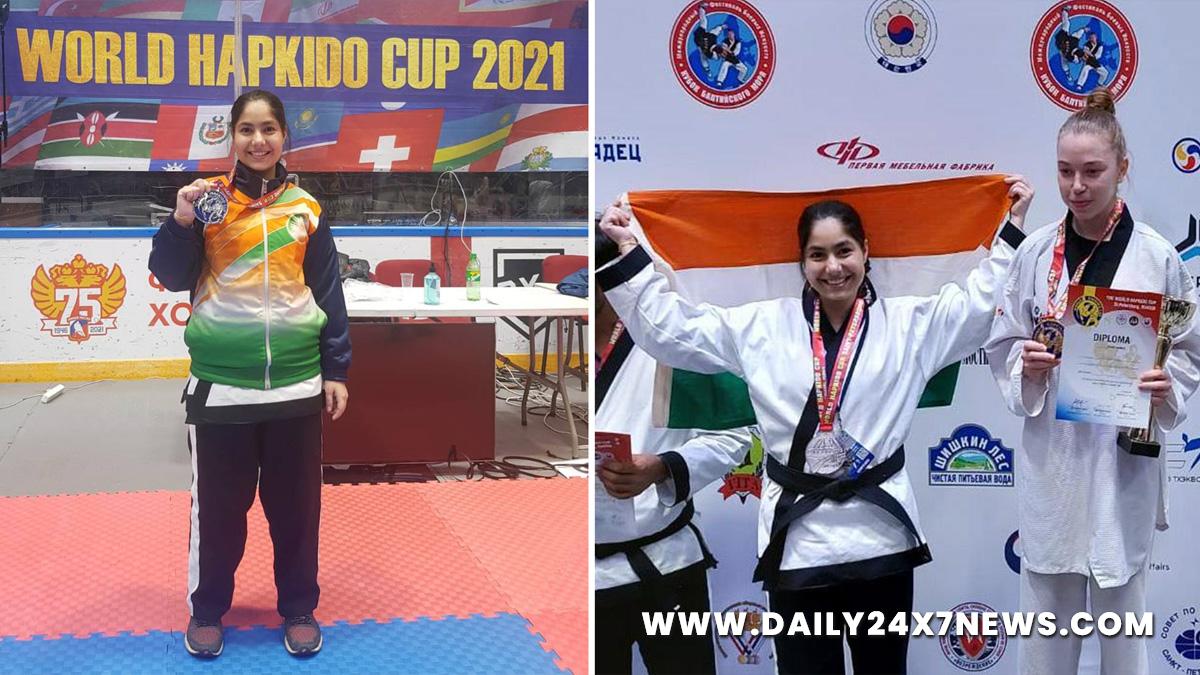 Jalandhar : BSc Health & Physical Education 3rd year martial art student Kiranjot Kaur at Lovely Professional University (LPU) has lately won Silver Medal in a tough World Hapkido Cup-2021 championship held at Saint Petersburg in Russia. With this applauding win, ‘Black-Belt’ holder Kiranjot has made India and university proud of her steep strength and sports-skills fully utilized during the world competition.Kiranjot employed all that the sport required of her, including the best of joint locking, grappling, throwing, kicking, blocking, punches, and other striking attacks. Through her ferocity of actions, she was second to none other than her Russian rival in the final bout. She fought four winning fights only to lose the last golden one. She was the only girl from India, who won a medal in Russia during the competitions. Kiranjot is a shining sportswoman of LPU, who has already won numerous gold medals at national level. It was her first international tour where she again exhibited her very being of excellence.A simple rural girl of Sofipind near Jalandhar (Punjab), Kiranjot entered LPU on a sports scholarship and exhibited her skills of perfection in both sports and studies. She has consistently excellent CGPA in all of her examinations with regular attendance as well.

Her mentor at LPU describes her as a dedicated, devoted and disciplined student in all forms. LPU Chancellor Mr Ashok Mittal has congratulated the globally shining student and wished that she may continue bringing more laurels to the country and the university.Extremely happy Kiranjot’s mother Mrs Maninder Kaur shares that it would not have been possible for us to let Kiranjot continue with both studies and sports, if LPU had not granted her 100 % scholarship. “I am indeed highly thankful to LPU for supporting my dream of having the best education and sports skills. My studies at LPU and international win in Russia have both proved it to the core”, exclaims jubilant Kiranjot. She got a full scholarship of two lakhs ten thousand which is Rs 35,000 per Semester for three years programme.This year competitions were held in the 75th year of continuation (1946-2021) of the Championship. ‘Hapkido’ is considered to be a Korean-Japanese collaborative martial art form of self-defence which was massively utilized after World War II. The World Hapkido Council is supposedly part of the Russian Union of Hapkido Federations, which is a full member of the Global Hapkido Association and the European Hapkido Union. Hapkido Russian do Federation had organized the martial art world cup competition in Russia.