Interests of missionary Colleges to be safeguarded : Pargat Singh 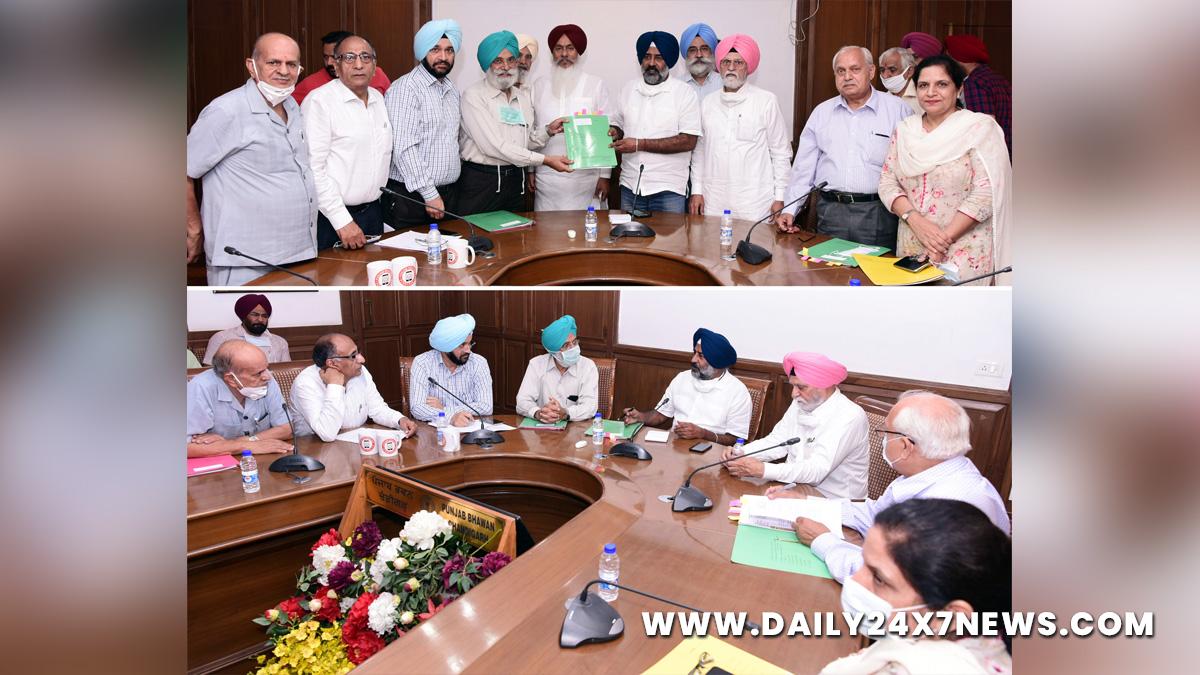 Chandigarh : Colleges started with the goal of missionary education have been instrumental in giving impetus to higher education in the state. The interests of the private aided colleges which have been providing services in this field for a long time will be fully protected.It was stated by the Higher Education and Languages Minister Pargat Singh during a meeting with the Federation of Managements of Non-Government Aided Colleges here at Punjab Bhawan today.On the occasion, Pargat Singh said that in the field of education there was a huge contribution of government institutions as well as many missionary educational institutes from where the youth of the state have made great strides by getting higher education. Many of these institutions are more than a century old and the state government is committed to protect the interests of these institutions. Most of the demands made in the meeting of the Federation were related to administrative and financial matters regarding which thexMinister assured that all the reasonable demands would be addressed by adopting a positive attitude towards it.

Divulging further, the Minister said that a committee of academic experts would be constituted to run and lead the higher education department which would include representatives from all stakeholders.Similarly on the demand of uniformity of schedule of admissions and examinations as well as syllabus in the colleges of different universities of the state, the Higher Education Minister said that in this regard a meeting would be held with the Vice Chancellors of all the universities to find a common solution.During the meeting the representatives of Federation lauded the approach adopted by the Higher Education Minister to address the demands of the private aided colleges. The meeting was attended by Federation President Rajindermohan Singh Chhina, Vice President Ramesh Kumar Kaura, Secretary Agnish Dhillon, Advisor Ravinder Joshi, Finance Secretary Rakesh Dhir, Khalsa College Amritsar Principal Dr. Mehal Singh and Lyallpur Khalsa College Jalandhar Principal Dr. Gurpinder Singh Samra.