Channi’s announcement of cable connection at Rs 100 per month, ‘false and Tughlaqi’ : AAP

If immediate notification about Rs 100 connection is not issued, then we will gherao Channi and expose the lie: Malvinder Singh Kang 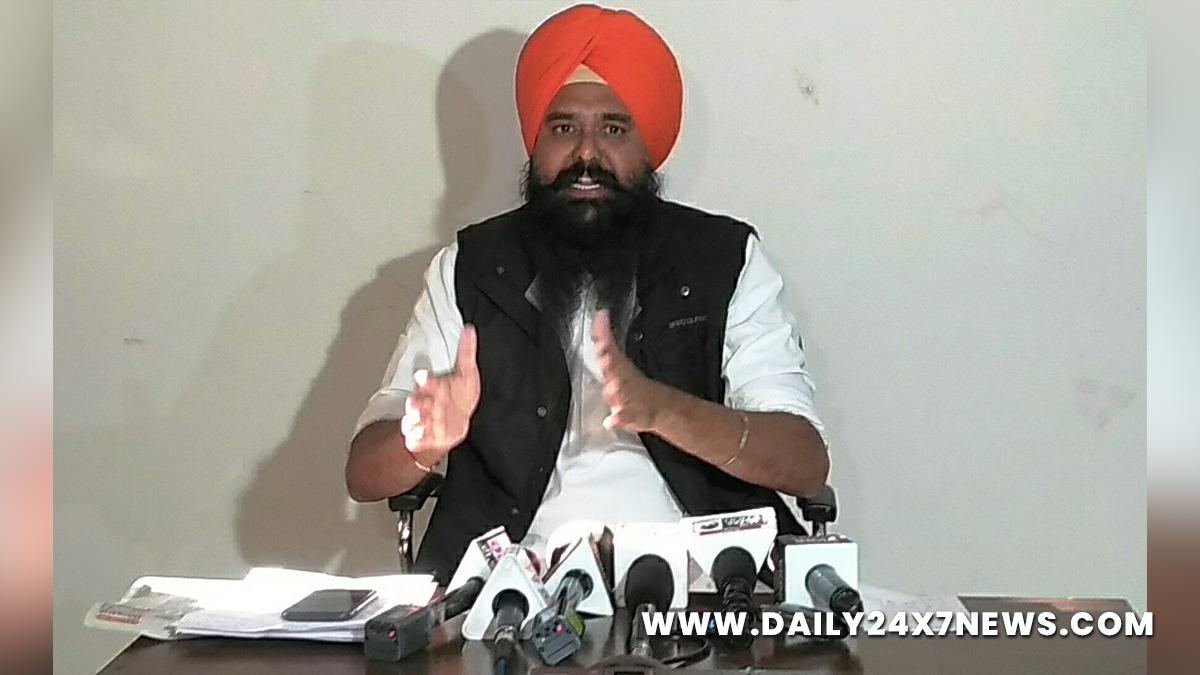 Chandigarh : The Aam Aadmi Party (AAP) Punjab has termed the claim of Chief Minister Charanjit Singh Channi of making the cable connection in the state to Rs 100 per month as ‘Tughlaqi farman’, and challenged the Channi government to issue an immediate notification of the decision. Addressing a press conference at the party headquarters here on Wednesday, senior AAP leader and spokesperson Malvinder Singh Kang said that being frightened due to the support given to the Aam Aadmi Party, Chief Minister Channi had been making announcements without any thought; but in reality nothing was done on the ground. That is why Chief Minister Channi was being ridiculed by the people as a ‘fake Kejriwal’, he said.Malvinder Singh Kang said, “Rs 100 per connection is welcome, but let the Chief Minister tell how it will be possible? When will the notification be issued? Prior to announcing the decision, did Charanjit Singh Channi conduct any study or research on the rules and regulations of the State and Telecom Regulatory Authority of India (TRAI) for cable network operations? The Chief Minister should tell whether he considers cable operators as cable mafia.” According to Kang, if Chief Minister Channi had given even a little thought to these aspects and facts, he would not have unwittingly made the ‘Tughlaqi’ announcement of Rs 100 per cable connection; because cable network rates are set by TRAI.

Malvinder Singh Kang alleged that Chief Minister Channi has inadvertently announced Rs 100 to deprive 5,000 cable operators in Punjab of their jobs while lakhs of youth have been waiting for government jobs despite the election promises of the Congressmen. The Congress government has not given jobs to the sons and daughters of the common man as promised and has not cracked down on the sand and cable mafia along with the transport mafia. He said that Chief Minister Channi’s announcement showed that the government was eliminating ordinary cable operators instead of cracking down on big cable and network mafias.The AAP leader further alleged that Chief Minister Channi had announced the price of cable connection to Rs 100 only out of fear of AAP supremo Arvind Kejriwal’s guarantee of Rs 1,000 per month to the women of Punjab; because whenever Arvind Kejriwal announces any welfare guarantee for the people of Punjab, the Chief Minister Channi being frightened, gives one or another false claim; which presents the nervousness of the Congress government.Malvinder Singh Kang challenged the Channi government to issue an immediate notification about Rs 100 per month for cable connection. If the government does not do so, the Aam Aadmi Party will gherao the residence of Chief Minister Charanjit Singh Channi in the coming days.