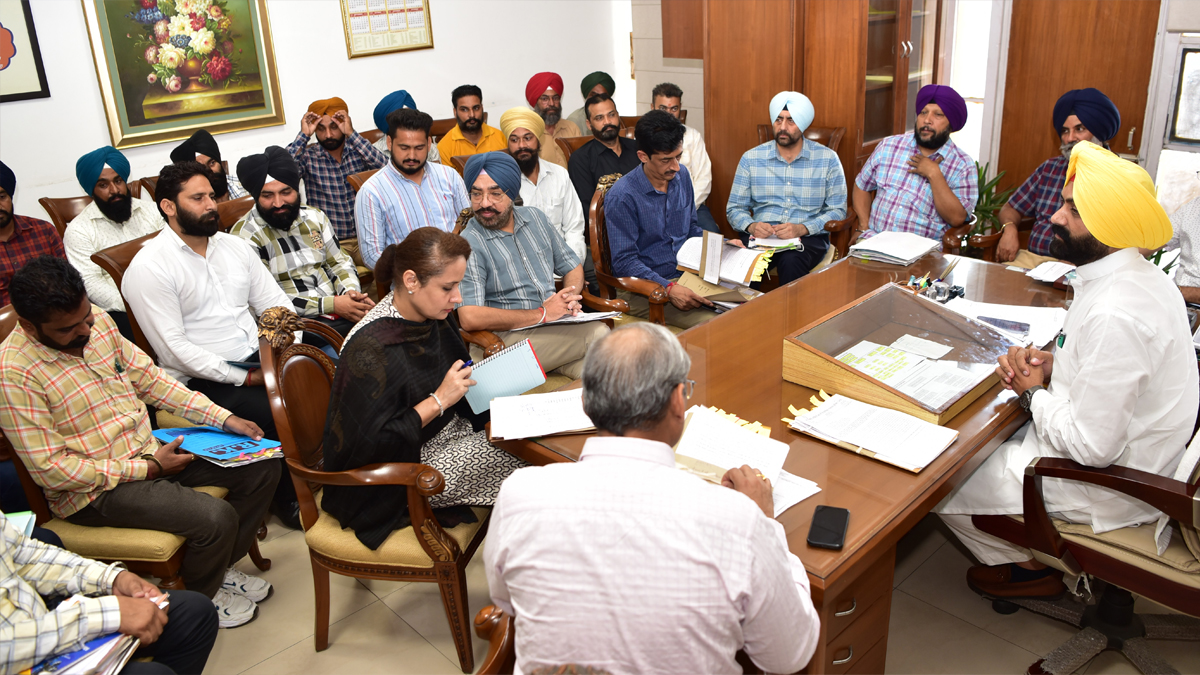 Chandigarh : Punjab Transport Minister Laljit Singh Bhullar, on Wednesday, informed that the case pertaining to regularization of contractual drivers and conductors in Punjab Roadways/Punbus has been sent to the three-member Cabinet sub-committee constituted by the Chief Minister S. Bhagwant Singh Mann for the regularization of the employees.

“As per the decision of the Cabinet sub-committee, all the eligible candidates will be regularized”, assured the Cabinet Minister, saying that the Chief Minister S. Bhagwant Singh Mann led government has recently decided to regularize around nine thousand employees of the state.

The Minister also directed Secretary Transport to take immediate action for the posts to be filled on compassionate ground in the Punjab Roadways/Punbus.On the demand of the contractual and outsourced employees, the Cabinet Minister instructed the department officials to consider jobs to kin of deceased contractual drivers and conductors in the department, who died in the line of duty.

He assured, it is the primary duty of the government to secure the future of the family of the deceased employee and the government will take a positive decision on this issue. He also said that the government will ask outsource contractor and concerned bank to chalk out an insurance plan, especially for these employees besides ensuring ESI and other facilities to them.

Acknowledging another demand of the drivers and conductors, the Transport Minister also directed the officials to increase the night stay remuneration for the employees going on long routes.

On the issue of plying private buses illegally, the cabinet minister instructed the higher authorities to personally monitor the drive against such perpetrators. He also said that the public bus service should never be stopped on busy routes with a high influx of people.

Taking serious notice of the manhandling of PRTC conductor Harwinder Singh by police personnel at Naushehra Pannuan, Transport Minister Bhullar directed SSP Tarn Taran to take strict action against the accused. He also sent a video of the incident to the SSP, in which the police personnel is seen severely beating the conductor. He said that such incident against any employee of the transport department will not be tolerated.

Australian Company Calls On CM, Evinces Keen Interest In Setting Up A Plant For Scientific Processing Of Municipal Solid Waste