Expressing concern over the cross struggle and incident of attempted self-immolation by temporary teachers climbing on a government building during a protest in Mohali, the Aam Aadmi Party (AAP) senior leader and Leader of Opposition (LoP) in the Punjab 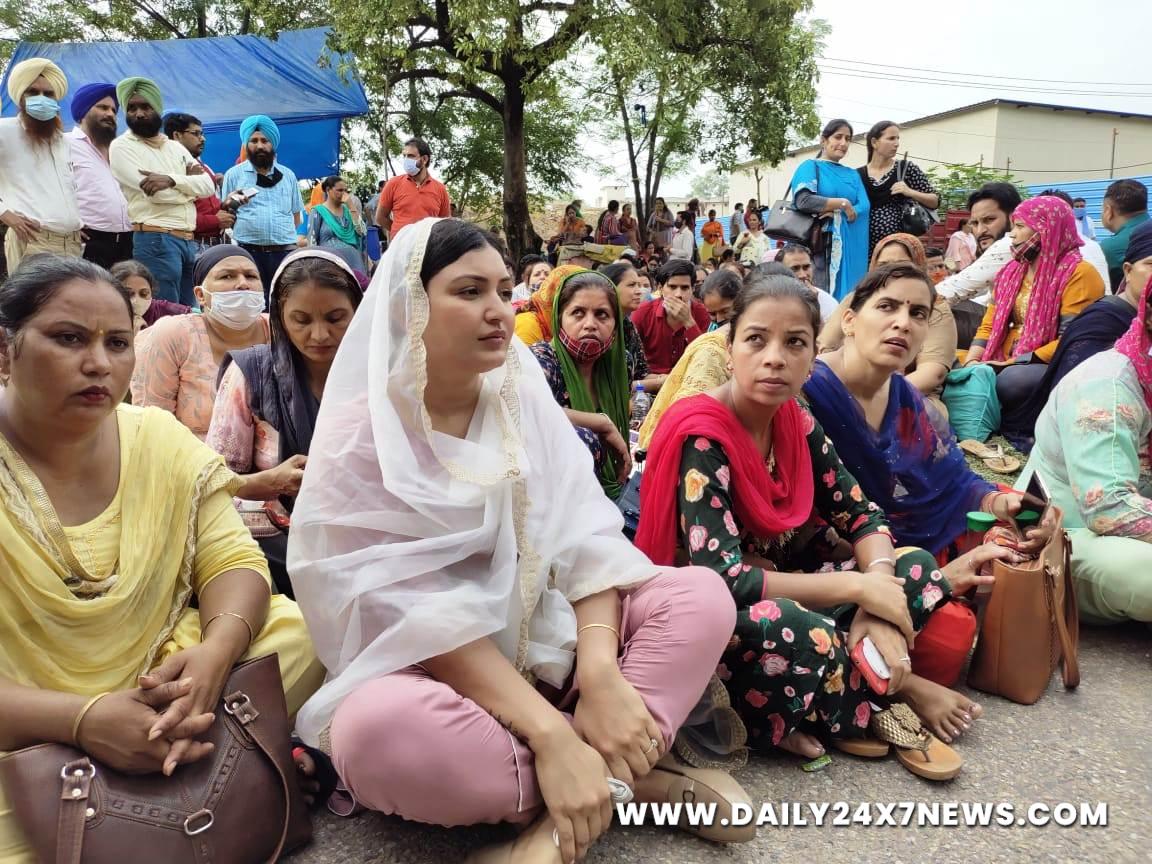 S.A.S.Nagar (Mohali) : Expressing concern over the cross struggle and incident of attempted self-immolation by temporary teachers climbing on a government building during a protest in Mohali, the Aam Aadmi Party (AAP) senior leader and Leader of Opposition (LoP) in the Punjab Assembly, Harpal Singh Cheema lashed out at Captain Amarinder Singh-led Congress government stating that without any further wait for an unforeseen catastrophe, the teachers who had been working in Punjab government schools for almost a decade and a half, on meager salaries should be regularised immediately. Cheema said that education providers like AIEs, EGS, STRs, and other temporary teachers had devoted most of their lives to government schools and worked for a salary of only Rs 5,000 to Rs 10,000.He said that earlier during the tenure of the Shiromani Akali Dal government, these teachers were left in the lurch and now the Captain government of Punjab had been reluctant to regularise the rightful demand and even hold a meeting for a long time. Cheema reminded the Punjab Chief Minister that before the elections, he had visited a protest in Mohali and promised to regularise the services of teachers in the very first cabinet meeting when his government will come to power. But after coming to power, Captain reneged from all his promises, he added. Meanwhile, AAP state Youth Wing co-president, Anmol Gagan Mann visited the protest site and joined the protesting temporary teachers. She said that in the last four and half years, Captain Amarinder Singh had not fulfilled a single promise in the state.Anmol Gagan Mann said that there had not been a month since the Captain’s government came to power, in which the teachers seeking employment and regularisation had not endured the atrocities. She said that the Captain government had abolished thousands of government vacancies in the name of restructuring the departments instead of giving jobs to the unemployed or regularising the temporary employees. The AAP leaders said that in the 2022 elections, the people of Punjab would take stock of the false promises made by Captain Amarinder Singh and will give him a befitting reply. They appealed to the teachers to keep their struggle peaceful and said that the AAP will continue to support their struggle.