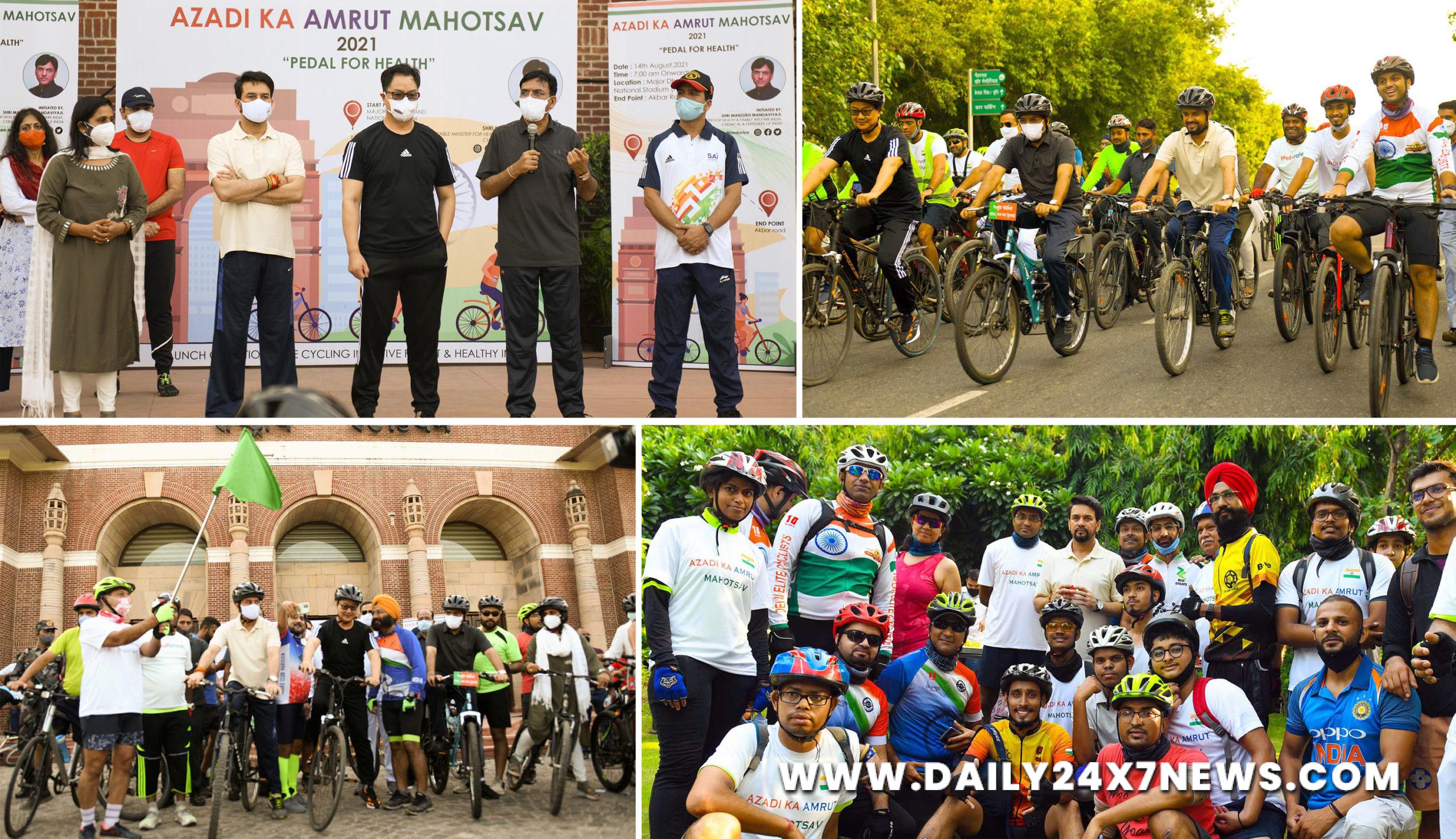 New Delhi : Union Health Minister Mansukh Mandaviya on Saturday embarked on a 3-km cycle journey here to kick-start the “Pedal for Health” campaign.Mandaviya was joined by Union Sports Minister Anurag Thakur and Law Minister Kiren Rijiju during the journey from Major Dhyanchand National Stadium to Akbar Road.As part of “Azadi Ka Amrit Mahotsav”, the programme was simultaneously organised in 75 cities across the country on Saturday.”To support the Ayushman Bharat scheme and celebrate ‘Azadi Ka Amrit Mahotsav’ as a public awakening, launched #PedalforHealth campaign with Shri @KirenRijiju and @iAnuragThakur. The campaign will help to promote cycling in the country, and keep India healthy and fit,” the Health Minister tweeted in Hindi.Speaking on the occasion, Mandaviya said that cycling is good for health, environment friendly and saves fuel.

Further asserting that cycling should be a passion, he urged everyone to do it daily. He also urged cyclists to encourage others.”Fitness dose of half an hour daily is crucial to be healthy and fit. If people will be fit, the nation will be fit,” Thakur said, adding that a healthy India will be a strong India.Similarly, Rijiju said that cycling is the way of life and awareness on cycling has increased over the years.”The government has brought cycling under priority sports, which were earlier in other sports categories,” he added.”India can represent cycling in the Olympics and can bring a medal in the future.”

Drug awareness campaign will be run in the state : J.C. Sharma