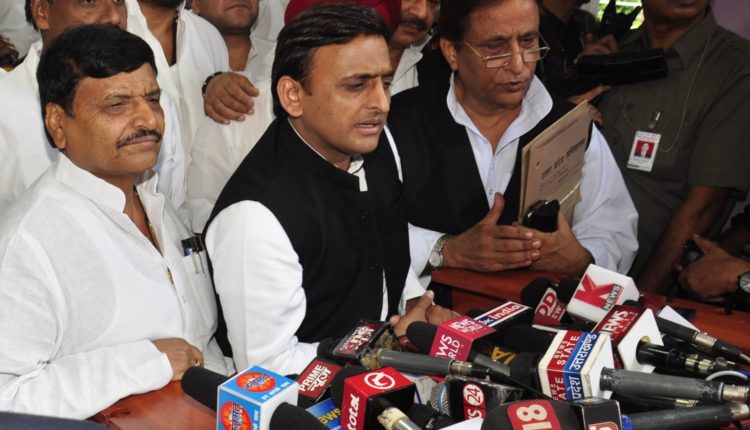 Lucknow : Pragatisheel Samajwadi Party Lohia (PSPL) chief Shivpal Yadav has said that his party is ready to forge an alliance with the Samajwadi Party (SP) for the upcoming Assembly elections to defeat the Bharatiya Janata Party.Shivpal said, “We are also in touch with other small parties in the state to forge an alliance. Those who made these black farm laws against the farmers’ interest should not be given any chance to win the elections.”The PSPL chief said that his party had established its base in all districts of the state, and alliances would help opposition parties in taking on the BJP.”We are with the farmers and if required, we will start a ‘Jail Bharo’ movement. These laws have been made only to help corporate houses. In fact, all decisions taken by the central government, including demonetisation, GST, labour migration during the Covid-19 lockdown, among others, were not in favour of the nation or the public,” he said.He further said, “It was promised to double the income of farmers, but the income has actually come down. If farmers do not want these new laws, then why is the government is adamant to go ahead with the laws?”Meanwhile, the Samajwadi Party has not commented on Shivpal’s statement but sources said that the party was willing to forge alliances with ‘smaller’ parties.SP President Akhilesh Yadav had earlier said that his party would leave the Jaswantnagar Assembly seat for Shivpal Yadav.

Multiplexes are the future of Bhojpuri cinema : Amrapali Dubey

This UP bizman refills oxygen cylinders at Re 1