Mirabai Chanu returns, ‘happy to be back amidst so much love & support’ 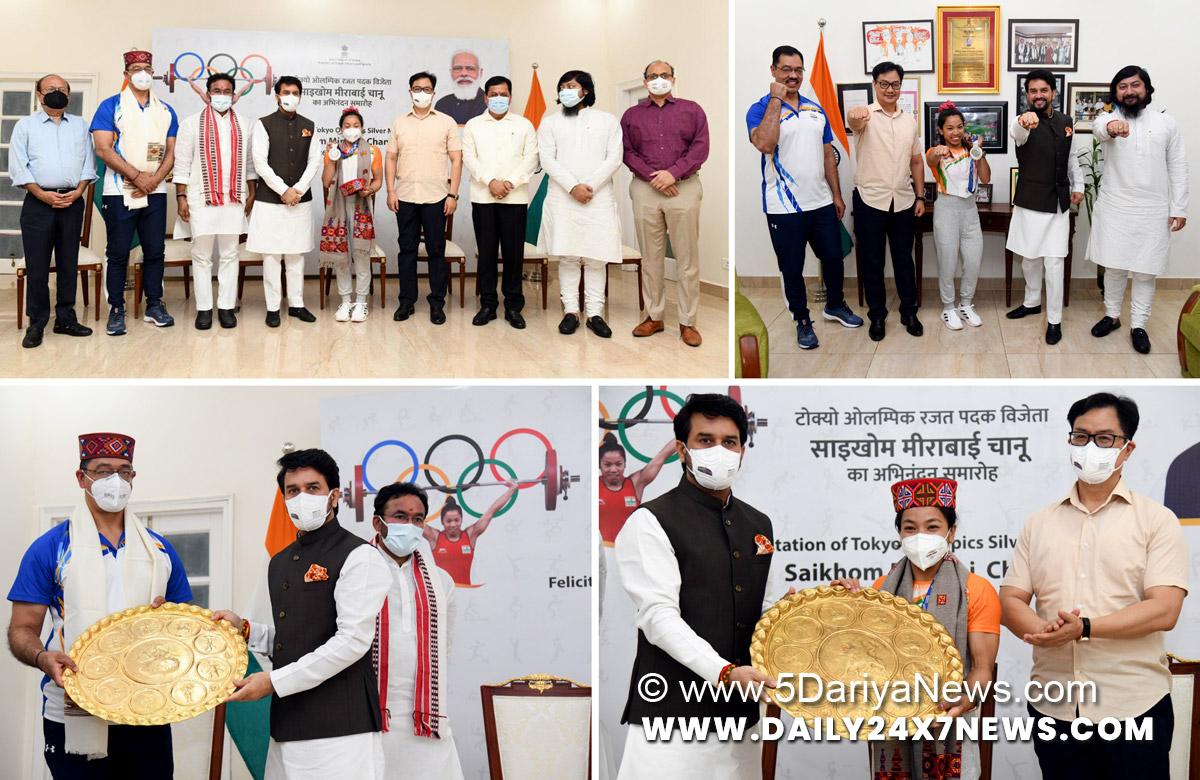 New Delhi/Tokyo : For the 50-60 fans who were waiting at the IGI Airport here to garland and felicitate weightlifter Mirabai Chanu on Monday upon her arrival from Tokyo, it turned out to be a heartbreak as the Olympic silver-medallist was whisked away in a car by the security personnel, immediately after she came out of the airport.The fans, including those from her home state of Manipur, had gathered at the airport after the news of her arrival spread, and the crowd swelled with many at the airport joining them out of curiosity.The fans, including the shutterbugs as well as the media, started gathering at the arrival gate since 3 pm.Chanu was expected to come out of the airport at 4.40 pm, but it took about 50 more minutes before she stepped out. The crowd wanted to catch a glimpse of her even as the CISF personnel tried to control them.The 26-year-old, with a face shield and mask on her face, was straightaway guided into a white Toyota Fortuner with security personnel flanking the SUV on either side and not leaving it till it made its way out.It seemed that there were plenty of people to felicitate her, but none of them were able to congratulate Chanu and many couldn’t even get a glimpse of her.

All they could do was chant slogans.Chanu on her part expressed joy on returning to the country through Twitter.”Happy to be back here in amidst so much love and support. Thank you so much [emoticon: India flag],” she wrote after landing.She later met current sports minister Anurag Thakur and former sports minister Kiren Rijiju in the national capital.Before her departure from Tokyo earlier on Monday, she had tweeted: “Heading back to home. Thank you #Tokyo2020 for memorable moments of my life.”On Saturday, the top Indian weightlifter had lifted a total of 202 kg (87 kg in snatch and 115 kg in clean and jerk) in the 49 kg category, to finish on the podium behind China’s Hou Zhihui.With her medal-winning performance in Tokyo, Chani has laid to rest the horrors of 2016 Rio Olympics, when she failed in two out of three lifts in snatch and was unable to register a valid lift in clean and jerk.Chanu had won gold in the 2017 World Championships and 2018 Commonwealth Games in the 48 kg category.She also won a bronze in the Asian Championships held in Tashkent in April, setting a new world record in clean and jerk by lifting 119 kg in one of her attempts.