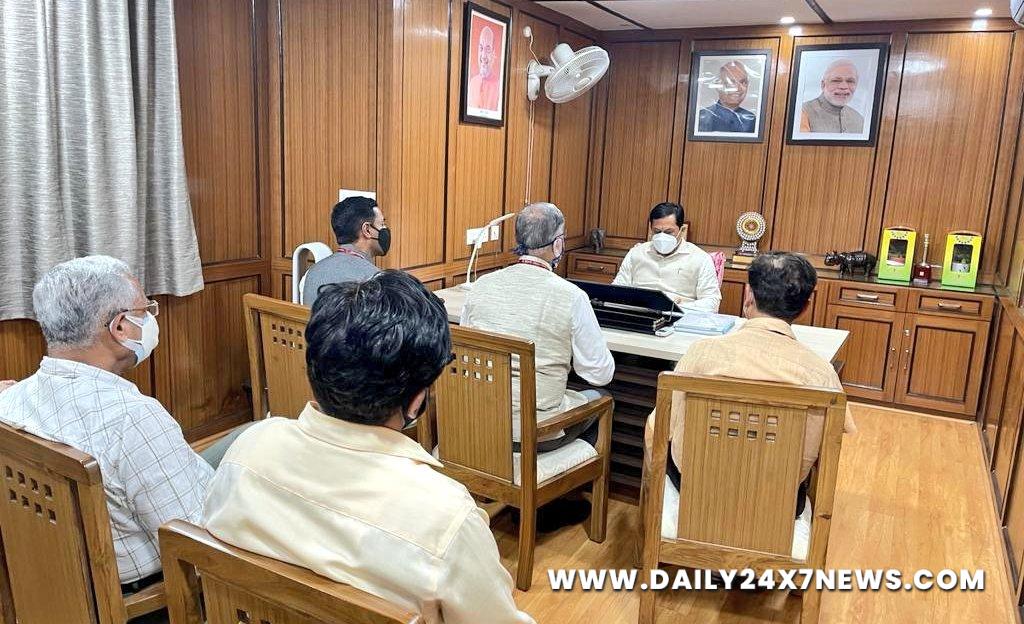 New Delhi : Former Assam Chief Minister Sarbananda Sonowal has been given charge of two ministries of Ports, Shipping, and Waterways, and Ayush after being inducted in the Narendra Modi government in Wednesday’s reshuffle.The 58-year-old Sonowal was Chief Minister of Assam from 2016-21, but did not have a second term despite leading the party to power as he stepped down in favour of Himanta Biswa Sarma.He has been a two time MLA and MP and also served in the first Modi government as Minister of State (Independent Charge) for Skill Development and Entrepreneurship, and Sports and Youth Affairs.Sonowal takes charge of the Shipping and Waterways Ministry at a time when India is looking put in place a wide navigational network of waterways in the country to ease pressure on roads and provide for an alternate system for key transportation needs.He will also have to work towards strengthening the country’s network of major and minor ports that hold the key strengthening India’s trade.

Dr. Jitendra Singh assumes charge as Minister of State (I/C) of the Ministry of Science &Technology