Sing National Anthem, record and upload your video on 'RASHTRAGAAN.IN 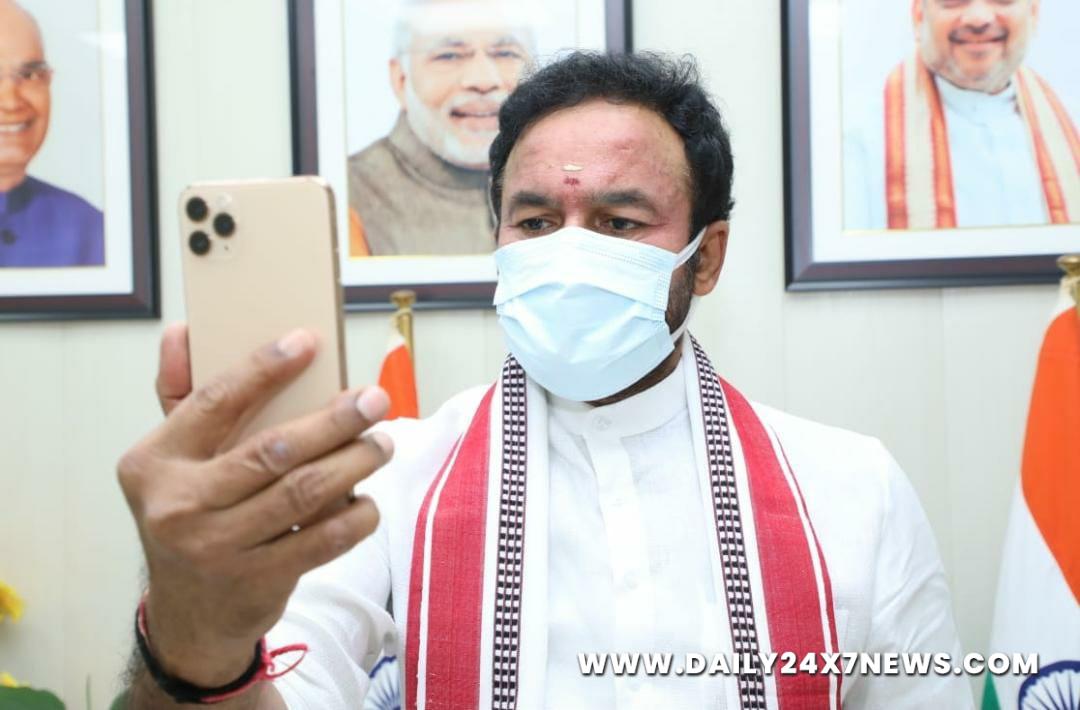 New Delhi : Azadi ka Amrit Mahotsav is being celebrated across the nation to commemorate India’s 75 years of Independence. Several events are being organised to enlist the participation of the people in this commemoration .One such unique initiative , connected with the National Anthem, has been taken up by the Ministry of Culture for celebrating Independence Day this year to instill pride and unity among Indians all around. In this , the people have been invited to sing the National anthem and upload the video on website www.RASHTRAGAAN.IN. The compilation of National Anthem will be shown live on 15th August, 2021.The initiative was announced by the Prime Minister, Shri Narendra Modi in Mann Ki Baat dated 25th July as a part of Azadi ka Amrit Mahotsav. The Prime Minister said, “ It’s an effort on part of the Ministry of Culture to have maximum number of Indians sing the National Anthem together. For this, a website too has been created – Rashtragan.in. With the help of this website, you can render the National Anthem and record it, thereby getting connected with the campaign. I hope you connect yourselves with this novel initiative.” Exhorting people to sing and record the national anthem, to celebrate the 75th year of Independence, the Minister of Culture, Tourism and Development of North East Region (DoNER), Sri G Kishan Reddy recorded himself today singing the National Anthem.“As we mark 75 years of India’s Independence, let’s celebrate by coming together to sing the National Anthem!

I have recorded and uploaded my video. Have you?I Call upon all citizens to do their bit by recording & uploading your video on http://rashtragaan.in #AmritMahotsav” tweeted.The Minister hoped that Indians across the world would be able to participate in this event and also called on maximum participation from the youth. A compilation of the uploaded videos of the National Anthem will be shown live on 15th August, 2021.Also today, on the occasion of the 125th birth anniversary of freedom fighter Pingali Venkayya, the Minister paid rich tributes to him. “My tributes to an educationist, a great freedom fighter and the designer of Indian National Flag that evokes pride & patriotism in the hearts of millions of Indians, Sri #PingaliVenkayya garu, on his Janm Jayanthi.”In 1916, Pingali venkayya had published a booklet titled “A National Flag for India” describing flags of different countries and also gave his ideas towards Indian National Flag.The Minister said that the Prime Minister has expressed that our 75th year of independence through Azadi Ka Amrit Mahostav should become a people’s movement. The Ministry of Culture is working with various ministries to identity such programmes and is working with communities at the grass-roots level to make it a celebration befitting the occasion.Azadi Ka Amrit Mahotsav was started from Mahatma Gandhi’s Sabarmati Ashram on 12th March this year with a 75-week countdown to 75th anniversary of country’s Independence on 15th August, 2022. Since then programs related to Amrit Mahotsav are going on across the country from Jammu and Kashmir to Puducherry, Gujarat to Northeast.