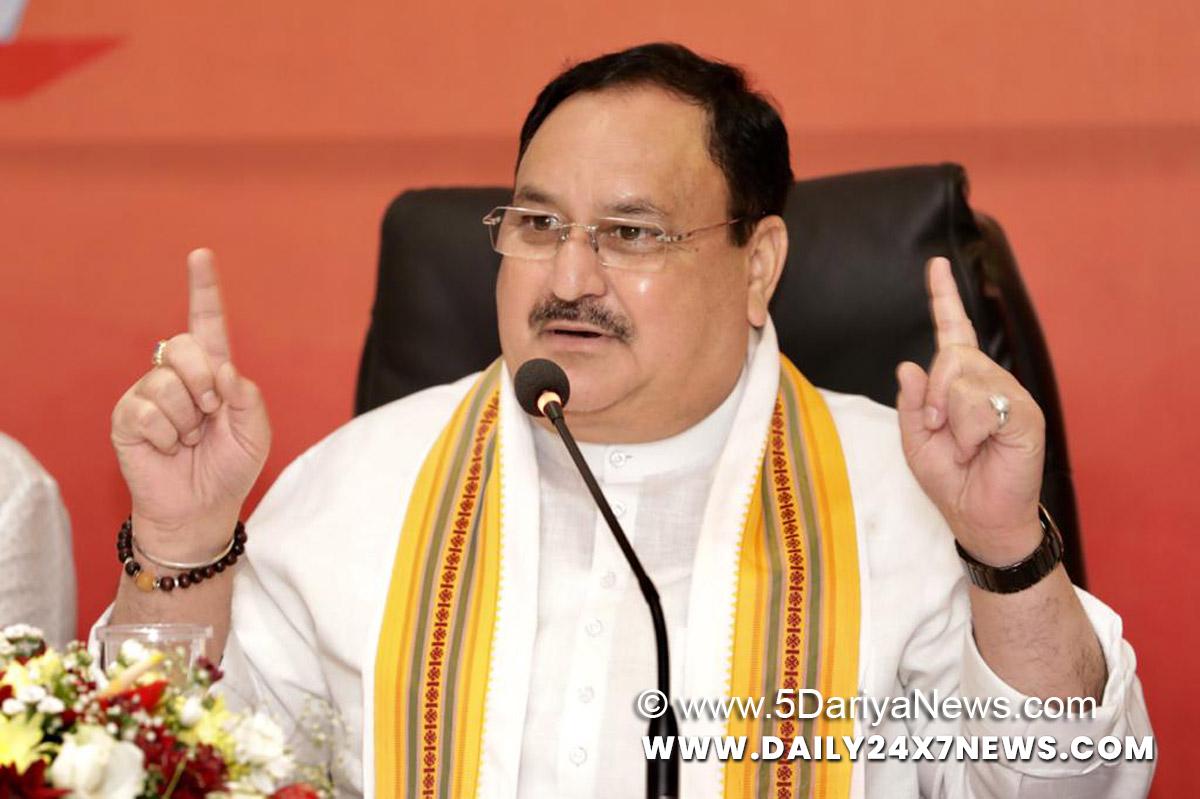 Panaji : BJP national president J.P. Nadda on Sunday sought to make a distinction between the notion of ‘family raj’ and actual allotment of electoral tickets. Nadda said that the two should not be viewed as interlinked.”There is a difference between ‘family raj’ and allotment of tickets. The latter cannot be linked to family raj. Family raj is when you do not allow anyone else to rise in the party and an entire party goes gaga about one family. That is family raj,” Nadda told a press conference in Panaji on Sunday.Nadda was in Goa to oversee the party’s organisational affairs ahead of the 2022 state Assembly polls and was being questioned as to whether the party would consider offering more than one ticket to the members of one family.”As far as our elections go, we decide on merits and demerits. We will work out everything ahead of the elections. On the face of it I cannot say, but my election committee will take a call and we will see accordingly. We are willing to accomodate everyone and take party ahead,” Nadda said.When specifically asked if the BJP would consider offering more than one poll ticket to members of one family for the 2022 polls, Nadda said: “It depends on the election committee members, their view point, their understanding at the grassroots level”.

Don’t regret anything in my career : Shweta Tiwari