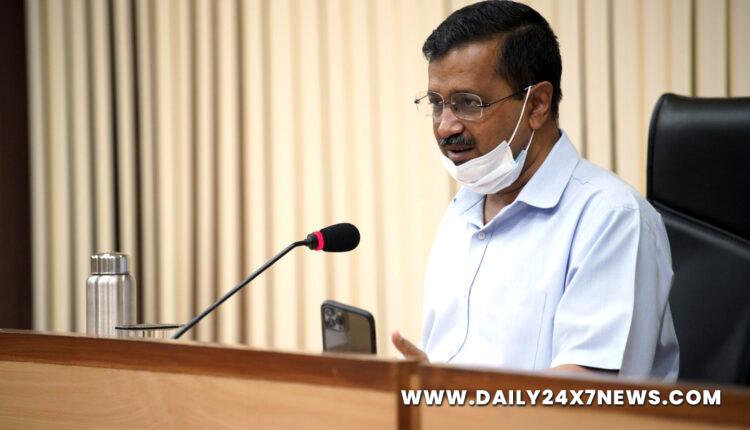 New Delhi : The situation in the national capital is critical as the daily Covid-19 cases reached 24k on Saturday, Delhi Chief Minister Arvind Kejriwal said.Kejriwal told mediapersons that shortage of oxygen has started in Delhi’s hospitals due to the exponential surge of Covid -19 cases in the last week.”Delhi is fast running out of beds, oxygen and the life-saving drug Remdesivir as Covid-19 cases in the last 24 hours have reached 24,000 on Saturday. Cases have gone up really fast. That is why we are facing shortages even though everything seemed under control until a few days ago. But the speed at which this Corona is growing, no one knows where its peak will be,” Kejriwal said in press conference on Saturday.He asserted that any state’s health infrastructure has limitations and Delhi isn’t an exception to this. “The AAP Government is trying its best to increase the number of beds. I hope that we will be able to add 6,000 more beds in the next two to four days and all new beds will be added with oxygen sets,” Kejriwal added.He said that any government hospital that denies beds to Covid-19 patients despite having beds in the hospital would face tough punitive action.”People have complained that they have been denied beds despite having availability of beds in the hospital. Government will take tough action against such acts. All district administrations has been directed to keep this under close observation,” Kejriwal added.

Farmers distressed due to shortage of gunny bags, government should solve the problem soon : Bhagwant Mann