Scripting a tale of the forgotten 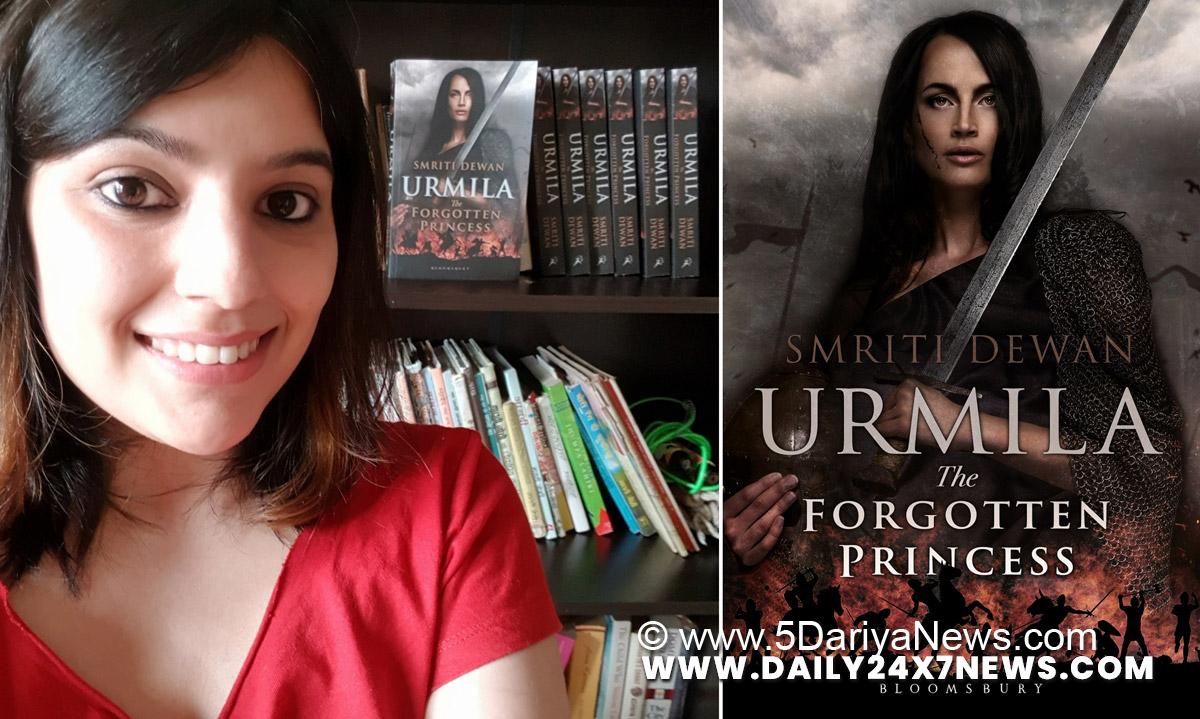 New Delhi : One day, her house help was watching a Hindi film on television, showing Sita refusing to give the agni pariksha and pointing that she too could have stayed in the palace like Urmila and not followed Ram into exile.That got script writer and author Smriti Dewan, whose debut book ‘Urmila: The Forgotten Princess’ (Bloomsbury) recently hit the stands, thinking.A picture started forming in her head – a woman, who has the two most significant people in her life, her sister and her husband, choose Ram over her. “It started turning into an interesting love rhombus with Ram, Sita, Lakshman and Urmila, where Urmila and Ram are forever on opposite ends.”Then I started to give her more agency – I took the liberty of making her the heir to her father’s kingdom of Mithila. I gave her qualities and flaws that made her human, more relatable. She is a foil to her sister Sita, who is a paragon of womanly virtue. In contrast Urmila feels more human, more questioning of the world around her,” Dewan, who has been on the writing teams of ‘Chakravartin Ashoka Samrat’ and ‘Lajwanti’ among others tells IANS.In these highly polarised times, when talking and writing about Indian culture and mythology can invite sharp criticism from Left liberals, the writer says that while working on the book, she realised that it could be a good opportunity to remind people that Ram himself was a socialist. “That Ram rajya as a concept was utopian and in fact had a very soft, peaceful approach to ruling, where each citizen’s opinion was respected. Also, Indian mythology is anything but homogeneous. Even Ramayana differs in basic story-line and characters from Kashmir to the North-East to the south, even in Nepal and Indonesia. Looking at Ramayana just through the lens of the Valmiki version or any one version is like looking at a landscape through a periscope.”Although she started out as an assistant director, she always had a desire to write one day.
After sitting in on several writers’ meetings, she was handed an outline for an episode by the writer of a historical show and asked to give it a go. “The episode turned out good, I was asked if I wanted to join the writing team. And that’s how I picked up the pen (or rather laptop).”By the time Dewan started writing ‘Urmila’, she had already written shows which were well-received. However, this was the first time she was writing a long format, and all alone.”One works with fellow writers on scripts. When it comes to books, you are all alone and guided by instinct. Also, books require a certain discipline as scripts have tight deadlines. For ‘Urmila’, I had to set my own deadlines, otherwise it would have never finished. I write and research everyday and pen at least a thousand words each day.”Despite the fact that an increasing number of authors are entering the mythology space, Dewan is optimistic. “Our mythology is so rich and diverse that even with so many authors delving into the space, there still seems to be a whole new angle to explore. And what’s great is the never ending thirst in Indian readers for mythology. I’m speaking as a mytho junkie myself – I have probably read/seen 10 different versions of Mahabharata and Ramayana, and if you give me an eleventh, I will still pick it up and read it.”Stressing that her ‘process’ is all about instinct, the writer says that whenever she gets an idea, the first thing she looks at is if it has got legs. “It takes a few days of churning inside the head, by the end of which one gets a feel if it’s worth pursuing or not. In my experience, even at the germination stage a good idea will get you super excited to start writing immediately.”In the near future, she sees herself as both a writer and scriptwriter. “One is my passion, the other is my bread and butter. Scripts are written for others, there is a little bit of me in them, but it’s largely the director’s vision. When I write books, it’s a space where I can really unleash my imagination and let it go wild.”While she has been writing scripts on wars, battles, murders, and the apocalyptic future for a while now, Dewan now wants to write a comedy, for a change. “I would also like to explore the female genre — like the chick flick genre, or even the Gone Girl, Big Little Lies and older female protagonist space — which in our country doesn’t exist as yet. Here’s hoping,” she concludes.

For us, the Cricket World Cup is an Olympics event: Jhulan Goswami on her elusive…