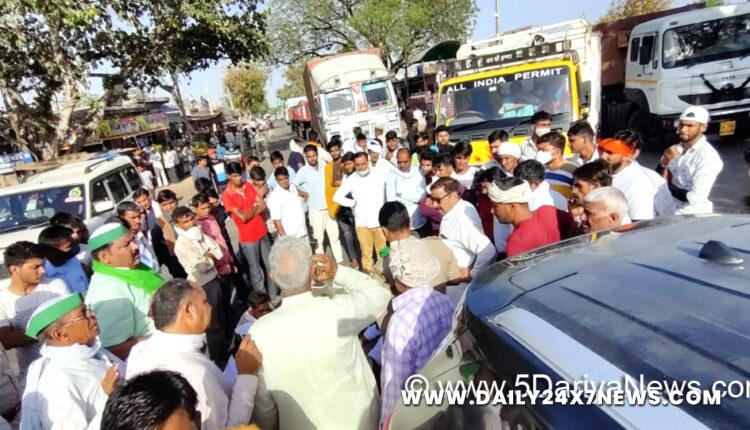 Jaipur : Farmer leader Rakesh Tikait’s convoy was allegedly attacked in Alwar on Friday. He alleged that the BJP men were behind the attack.Tikait, on his Twitter handle, shared the video of his car whose window glass was smashed and accused the BJP of the attack.He said, “Attacked by BJP’s goons in Rajasthan’s Alwar district’s Tataarpur square at Bansur Road. Pics of murder of democracy.”His supporters called for a jam to protest against the incident and hence a huge police force was deputed in the area.As per the officials, Tikait was on his way to Banasur road when his convoy was attacked by a few people who pelted stones on his car. The men used rods too. However, Tikait was safe and did not get any injury.Eventually Tikait was shifted in another car and the police arrested two people as suspects.Further investigations are on, police officials said.